Chicago prosecutor Kim Foxx could, and should, be fired over her complicity in the Jussie Smollett affair, but that kind of incestuous corruption is the least of her sins. This woman has more blood on her hands than Al Capone.

Boy soldier Chrys Carvajal was shot after leaving a party in July. A suspect was arrested, and his family say there is video and eyewitness evidence, but that was not enough for Foxx, and she refused to file charges.

In September 2009, teenager Derrion Albert was beaten to death. He appears to have been a total innocent caught up in a gang fight. Four teenagers were tried as adults, one of them pleading guilty. A fifth attacker who wasn’t named because he was only fourteen punched the victim knocking him to the ground. (He has now been identified as Dionte Johnson). Johnson was charged as a juvenile under a special provision of the court which resulted in him receiving a suspended thirty year sentence. This meant that after he was released from juvenile custody he would have this hanging over him like the Sword of Damocles to keep him on the straight and narrow.

At that time, Foxx was an assistant prosecutor; she explained the sentence to the victim’s family. In 2015, still only twenty years old, Johnson was arrested again and charged with a felony; prosecutors sought to impose his original sentence, but Foxx decided not to enforce it, and Johnson was given probation. Derrion Albert’s mother says she telephoned her office repeatedly, but Foxx never responded.

Cire Johnson was just 12 years old in January when she was struck and killed by a car driven by Daniel Regalado, who was out on bond. He had been arrested three times in the previous three years, the last time on felony gun charges. Regalado had been drinking. Foxx responded that the decision to release a suspect on bond or to remand in custody was for a judge to make, but of course if a prosecutor objects…

The most outrageous decision made by Fox was so outrageous that even Lori Lightfoot thought it so. In October, five men were arrested after a Wild West type shoot out. Foxx dropped the charges claiming this was “mutual combat”.

In August last year, the Chicago Tribune published a scathing article about her penchant for dropping charges in serious cases including aggravated violence, rape, and murder. It remains to be seen how many of these suspects should have been tried, and how many will have gone on to commit further crimes. Hopefully it doesn’t remain to be seen if Foxx will still be Chief Prosecutor in 2022.

She’s another Soros-ite… They seem to infest key judicial districts for the sole purpose of sowing chaos. 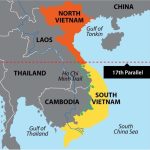