Since the end of World War 2, the United States has shaped financial markets to cater to large amounts of $ US and as a repository for inflationary dollars.  So long as the USD (US dollar) remains the global hegemonic fiat currency, then US share and bond markets  — and related derivatives — tend to be the place for incredibly large amounts to be, other than in current cash accounts.

So, I’ve always wondered, “what if” on a big stocks down day traders diverted large dollar amounts from, say the DJIA, into gold-silver paper markets?   Usually on massive stock market down days we don’t see that.. we find traders liquidating their precious metal paper holdings, not jumping into them.

Posing the question to Chris Powell of GATA — ie about traders diverting from stocks into precious metals paper — he kindly provided me with a deeper insight via an essay written by British economic expert Peter Warburton in 2001 .

This prescient essay, “Debasement of world currency: It’s inflation but not as we know it”  was written by Warburton twenty years ago, and precisely describes the goal of the Central Bank as it exists today, to suppress the inevitable reset on a debt-derivative global economy for as long as possible.  From the essay:

“What we see at present is a battle between the central banks and the collapse of the financial system fought on two fronts. On one front, the central banks preside over the creation of additional liquidity for the financial system in order to hold back the tide of debt defaults that would otherwise occur. On the other, they incite investment banks and other willing parties to bet against a rise in the prices of gold, oil, base metals, soft commodities or anything else that might be deemed an indicator of inherent value. Their objective is to deprive the independent observer of any reliable benchmark against which to measure the eroding value, not only of the US dollar, but of all fiat currencies. Equally, they seek to deny the investor the opportunity to hedge against the fragility of the financial system by switching into a freely traded market for non-financial assets.”

Now twenty years on since Warburton presciently described the Central Bank’s modus operandi in 2001, it is still fully in progress… and that’s subsequent to the financial collapse of 2008-2009, while now we’re in the midst of a pandemic. Despite these disasters, the Central Bank agenda regarding that which has intrinsic value — and true free markets — has not changed, because it cannot.

Since the outbreak, analysts have written that this infection will persist for years. And I just don’t see how the US economy can weather such a storm.  As written about back in May:

“But at what point will the debt-to-GDP ratio flash so red that even gamed Wall Street banks and their debauched criminalized traders can no longer ignore the reality?”

The US president has repeatedly said that the cure must not be worse than the disease, that the US economy must continue to function. Yet every day we are inundated with conflicting messages from the media and disease specialists, saying that we must enter a new lockdown phase based on new Covid case numbers. Britain — specifically England — has done just that.

But let’s return to the point that there must exist some catalytic event to break the cycle of by-decree infinite credit extended to support infinite debt created. Will the onset of Covid-19 prove to be that event? And if so, what will be the result?

As monetary realists like GATA and Harvey Organ have pointed out, this global crisis is somewhat in sync with state efforts to establish a digital currency, with China first in the mix.  That’s not a conspiracy theory.  Not for a moment would I suggest that China created Covid as a means to leverage a new digital currency. China has been talking about a digital challenge to the dollar for years.  But certainly, this is an opportunistic moment.  And intuitively, that seems bullish for precious metals since China will maintain the value of their digital currency via gold reserves.

China’s new digital currency is in its trial stage, and there have been issues. But it’s an important recent development where the China central bank can manage capital outflows while preventing politically-inspired capital flight, and perhaps even eliminate trade barriers between RMB and yuan conversion, while allowing the yuan to depart from its virtual peg to the US dollar.

Even so, can we fully answer the question, “Will COVID be the Central Banker’s worst black swan scenario?” Perhaps not… but I’ll submit that it already is. That is, based on the ragged response by most State governments to this serious health issue. And that this infection has a long way to run. How will Elites continue to leverage this crisis and profit by it?  That remains unknown.

However, the delay in providing new US stimulus is not just due to this farce of a presidential election, even Mr ‘IndyMAC’ Mnuchin understands that Modern Monetary Theory is farcical too.

That may be the secret, where the Fed-Treasury know that the resources of US printing presses are not infinite as MMT posits.

But speaking of China, the English curse “May you live in interesting times” is so relevant in this time of Covid, but better served by the Chinese rendition, “Better to be a dog in times of tranquility than a human in times of chaos.”

Or a central banker.

Interesting essay: please note this map does not record the “Big Foot” sightings. 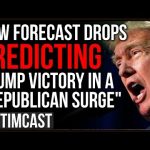 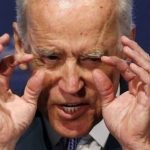