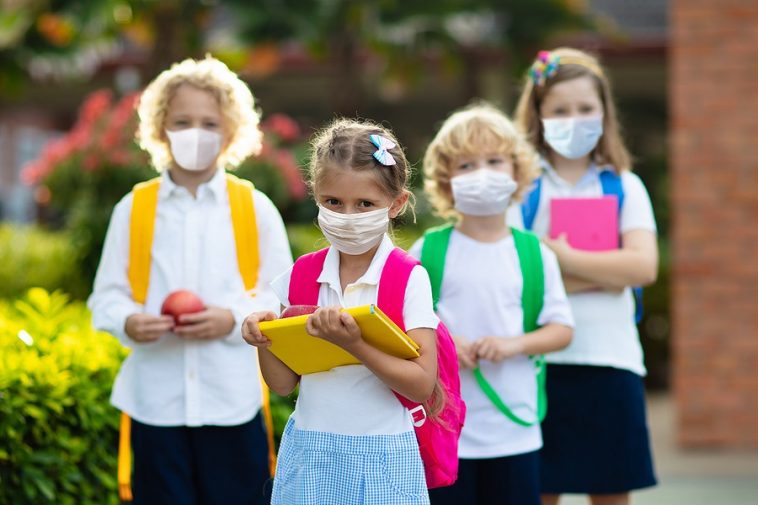 According to an analysis by and in the New York Times on November 18th, which is headlined “States That Imposed Few Restrictions Now Have the Worst Outbreaks”, “Coronavirus cases are rising in almost every U.S. state. But the surge is worst now in places where leaders neglected to keep up forceful virus containment efforts or failed to implement basic measures like mask mandates in the first place, according to a New York Times analysis of data from the University of Oxford.”

At Strategic Culture, on May 21, I had published my own analysis, which was based upon tracking the data globally and within countries, and within the various states of the United States, which analysis concluded that countries (and states) which apply the least-stringent regulations in order to keep as low as possible the spread of the virus are failing the most to contain or limit that spread. I labelled those the “libertarian” countries, and I noted that what I called the “socialist” countries — the nations which were the most strictly imposing scientifically confirmed regulations in order to keep those numbers down — were having the best success at limiting the spread of this virus. My study was global, and its headline was “Ideology and Coronavirus”. Unlike the Times article, I was forthright about the ideological implications of the coronavirus data — because those implications are vastly important. (The handling of this pandemic is providing reams of data that test the effectiveness of the various locales’ predominant ideology at dealing with a global life-or-death years-long public-health emergency in regions throughout the world. This is like a global laboratory experiment testing the two opposite ideologies: libertarianism, which is against government regulation, versus socialism, which applies government regulation. No government is purely one or the other, but those are the two poles.)

The analysis in the Times article shows a chart, and represents on it almost all of the states, as dots that indicate both the amount of regulation which has been applied, and the lowness of the infection-rate which has resulted; and, at the upper left corner on it, are the two Dakotas, as “Weak recent containment measures and many cases,” while at the bottom rightmost corner is Hawaii as “Strict measures and fewer cases.”

The Times chart is showing, only locally within the United States, during just the past few weeks, what my analyses had shown, regarding not only the international and longer-term data, but also within the United States itself and recently, not only longer-term and internationally. One of my articles, on November 1st and titled “The Highest Covid-Infection-Rate States”, showed the infection-rate for all 50 states, and noted that, “In 2016, the top 17 [the states with the highest rates of this infection in 2020] voted for Trump, and the bottom 5 voted for Clinton. All but 3 of the top 24 voted for Trump, but from numbers 25 to 45, there was a political mixture. The highest infection-rate state, North Dakota, has a Covid-19 infection-rate that is 14.6 times higher than the lowest Covid-19 infection-rate state, Vermont.” Of course, the Republican Party (Trump’s Party) is the more libertarian Party, and the Democratic Party (Clinton’s Party) is the more socialist (though actually just as totalitarian) of the two Parties. (Both Parties represent only their billionaires, who also own and control the media; and this is the way that America’s aristocracy controls the Government. For example, the very pro-Democratic-Party website PoliticalWire quoted from and linked to the NYT’s article, but always fails to include any of mine, because I am critical against both Parties. Truly independent news-media are almost non-existent in the United States.)

Whereas the Times’s chart of “Avg. new cases per 100,000” failed to include Vermont, Vermont is the state that has, for the longest time, been among the best three on not only cases per million but also deaths per million, from this virus, and substantially better even than Hawaii, and both states are among the two or three that in recent decades have been the strongest for Democratic candidates, and the weakest for Republican candidates. However, Vermont especially is politically independent, and, so, it has a Republican Governor, Phil Scott, whose record on containing this virus has been the best in the nation; and he was just re-elected in a landslide, 69% of the votes (largely because of this terrific record). Right now, however, the number of daily new cases has shot up suddenly about fivefold in just the past week; so, Phil Scott’s record is in jeopardy. If that surge quickly ends, then he could become the strongest Republican to run against Kamala Harris or Joe Biden in 2024. He would not only receive almost all Republican votes (since that’s his Party), but also at least a third of Democratic votes, and almost all independent votes. However, this doesn’t necessarily mean that he would be the likeliest to win the Republican nomination, because (just as is true about the Democratic Party) that Party’s billionaires will be making that choice. (It was blatantly true also with regard to Biden and Harris.) This epidemic will be a major political challenge both in 2022 and in 2024. Anyone who wants to see Governor Scott’s press conferences regarding this crisis, so as to know precisely what his coronavirus-policies have been, can see them here. His November 20th press conference is here. He and his governing team receive and answer there many intelligent questions, so that the policies which have led to the best results in America are amply explained there.

On November 16th in South Dakota (and then repeated nationally on National Public Radio on November 20th), reporter Seth Tupper headlined “Two States, Different Paths: Vermont Keeps Virus Low While Rivaling SD’s Economy” and provided a thorough report, including graphs of infection-rates over time, comparing two states, South Dakota, which has the nation’s second-highest infection-rate (after only North Dakota’s 9%) of 7.8%, versus Vermont, which has the nation’s lowest infection-rate, of only 0.5% — one-fifteenth as high. Tupper explained the different policies that the Governors of those two states had applied, and how those policies produced vastly different results for the infection-rates and the death-rates in their states’ populations, but only moderately higher increase in unemployment in Vermont than in South Dakota, which at the peak in April had reached 16% unemployment in Vermont, versus only 10% peak in South Dakota; and, by the time of August, both states had nearly identical low unemployment-rates. Whereas the death-rates from the disease soared around a thousandfold, between April and November, in South Dakota, the death-rate remained virtually flat, almost no increase, in Vermont, throughout that entire period. However, both states were now experiencing soaring infection-rates during the current, second, wave of the epidemic.

Is that German billionaire Schwab paying Zuesse to push the EU’s Reset in the Anglo-American press? A virus named SARS-2 does not cause an unidentified respiratory ‘disease’ called ‘Covid-19’ in humans. It’s a societal-altering ruse that was birthed in the EU, and no amount of championing corrupt western establishment ‘media reports’ will change this hoax into an actual deadly pandemic. The PCR tests are not accurate, but they are expensive- hence their proliferation. Perfectly healthy young adults are being told they have ‘Covid-19’ after being given a PCR test, yet they have no fever or any other flu symptoms. https://www.globalresearch.ca/covid-19-rt-pcr-how-to-mislead-all-humanity-using-a-test-to-lock-down-society/5728483… Read more »

Two ‘Covid’ PCR tests were administered to GA Sen. Kelly Loeffler with opposite results she said on Sunday. Establishment lapdog Gov. Mike Dewine of Ohio had the same experience as Sen. Loeffler. Elon Musk took four tests earlier this month and had opposite results after each test.

Science is not real science if the supposed ‘test’ upon which policy is being made is faulty. What exactly is the ‘test kit’ testing for?

Really, I am just flat out not interested in Erics covid globalist propaganda. Its bullshit, full stop end of sentence. Even a child doesn’t buy this garbage, and he posts one a day. I have torn his bullshit narrative down on other threads of his, not even gonna bother anymore, as he just shifts the narrative. Its a waste of time, first he challenges you to present evidence, then when you do he rolls up his tent and starts another thread. Even he knows he’s posting bullshit. No one is buying this shit anymore NO ONE. Not here, not in… Read more »

Quoting NY Times as a credible source. You make me want to puke Eric. Really. Grow up.

If I were to cite only from sites that find to have only 100% accurate reporting, I wouldn’t cite any sources at all, including this site. That NYT article happened to have no falsehoods in it, so far as I can tell; and furthermore, I was already acquainted with the data regarding each of the states, and their respective coronavirus policies; so, I already knew that what that NYT article reports is true. If you are closed-minded to everything that the NYT reports, then that is your problem. But I constantly keep an open mind, about everything. That NYT article… Read more »

It is obvious that there is an attempt to stifle content, because my first comment that takes issue with this article’s content is still “Waiting for approval” into the second day.

“That NYT article happened to have no falsehoods in it, so far as I can tell;” Translation: “It supports my narrative, so I don’t care whether the source is credible or not.” I do agree with Eric on the “fake news” on here, and it has spiraled to epic proportions in the last few days. Glockenspiel, I was just censored for posting links to the story about Powell’s dismissal, and I started pointing out that she was a problem a week ago. Ideology is a mental illness, It UTTERLY destroys the capacity for ANY cognitive thought and reason. Doesn’t matter… Read more »

If one is low on toilet paper, the “All of the Propaganda it is Useful to Print” rag can certainly serve a higher purpose.

I have a first post above the one about the celebrities’ ‘Covid tests’, which I stuffed with other links, and it is “Waiting for approval”.

Sometimes wonder if all is on purpose…… De-populate the US territory……. Like the huge fires in California

“The Great Mask Deception, How PCR Tests Create A COVID Illusion & Thinking For Yourself Is A Threat”

Eric, you have completely and utterly lost the plot. You have become no better than all the other globalist who sticks to a narrative irrespective of what facts are put right in front of you. I have provided links showing: PCR Tests are scientifically meaningless (off-guardian). No isolation of SARS-COV2 virus (from both Dr. Thomas Cowan and Dr. Andrew Kaufman) Exaggerated death count of covid-19 deaths due to changing of how deaths are being counted (https://www.cdc.gov/nchs/nvss/vsrr/covid_weekly/index.htm) and recorded (https://www.facebook.com/454038888346437/posts/977684859315168/?vh=e&d=n) Centre for Evidence Based Medicine data showing the last flu season (i.e. covid-19) is in the same range and affects the… Read more » 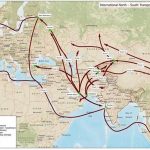 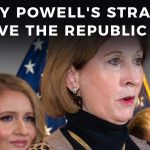