On 11 December 2019, Ryan Lizza bannered at Politico, “Biden signals to aides that he would serve only a single term”, and reported that:

While the option of making a public pledge [to serve only one term] remains available, Biden has for now settled on an alternative strategy: quietly indicating that he will almost certainly not run for a second term while declining to make a promise that he and his advisers fear could turn him into a lame duck and sap him of his political capital.

According to four people who regularly talk to Biden, all of whom asked for anonymity to discuss internal campaign matters, it is virtually inconceivable that he will run for reelection in 2024, when he would be the first octogenarian president.

“If Biden is elected,” a prominent adviser to the campaign said, “he’s going to be 82 years old in four years and he won’t be running for reelection.” …

Ronald Reagan, who, along with Trump, was the oldest person to become U.S. President, was 70 when taking office in 1981, and he served two terms. In 1994, at the age of 83, he was diagnosed with alzheimer’s disease, which Biden, who now is near to 78, already (and far more than Trump) seems to have. Today’s America is being run by very “senior citizens.” Their life-expectancy is short, and their attention-span is also getting shorter. The V.P. pick is consequently far more important now than it ever used to be. Kamala Harris is 55 years old. Apparently, she’s now running for President — not only for Vice President — against the incumbent Trump; and her ‘boss’, Biden, isn’t discouraging her extraordinary behavior; he is instead assisting it. This is stunning. It suggests that he knows he’s severely in decline. Here are some recent signs of this:

A Biden-Harris campaign video was recently recorded, on September 12th, and published on the 15th, in which Kamala Harris says:

This statement was widely interpreted, among the surprisingly few news-media that reported it, to have been just a flub by her, nothing that’s really remarkable. However, a campaign video which was published later the same day, had Joe Biden himself, reading from a teleprompter, and saying:

“A Harris-Biden administration is going to relaunch that effort and keep pushing further to make it easier for military spouses and veterans to find meaningful careers to ensure teachers know how to support military children in their classrooms and to improve support for caregivers and survivors so much more than we do now.”

The indications seem fairly clear that if Americans vote for Joe Biden to become the President, then not only will he not serve a second term, but he might not even serve much (or perhaps even any) of his first term. Why would this be so? Why is not Biden himself publicly disowning what Harris had said, instead of himself saying essentially the same thing (as he did)? If the Democratic Party (like the Republican Party) is basically dictated-to by the billionaires who fund it in order to persuade voters in the Party’s primaries, whom to vote for and whom to vote against as that Party’s nominee, then clearly Kamala Harris was preferred by them, even more than they preferred Biden.

As-of 5 August 2019, when Forbes headlined “Here Are The Democratic Presidential Candidates With The Most Donations From Billionaires”, the rankings were this:

Rank in Billionaire Donors to:

Pete Buttigieg was preferred by them the most, but was even worse as a campaigner than Biden was, and therefore failed to attract many voters after New Hampshire. Kamala Harris was almost as preferred by the Party’s billionaires as Buttigieg was, but she was even less attractive to the Party’s voters than Buttigieg was. The Party’s billionaires would have been satisfied with any of the candidates except Sanders, but didn’t want to repeat what happened in 2016 and have yet another Hillary Clinton — who had raised more money from billionaires even than Trump did. On 16 April 2019, the New York Times bannered “‘Stop Sanders’ Democrats Are Agonizing Over His Momentum” and the article was really about the Party’s billionaires (and their agents, which the newspaper called “establishment-aligned Democrats”). On 26 August 2019, The Atlantic, which — like the Times — represents Democratic Party billionaires, headlined “Elizabeth Warren Manages to Woo the Democratic Party Establishment”, and presented her, instead of Sanders, as the progressive option that the Democratic National Committee would happily have as the Party’s nominee. For example: “‘I hope Sanders supporters see Warren’s broadening support as a good thing and won’t now cynically try to paint her as beholden to insiders, because she’s not,’ said a DNC member who isn’t currently committed to any candidates and who spoke on the condition of anonymity.” Amongst the Party’s billionaires, Anyone But Sanders would be good, and maybe even Trump would be preferable to Sanders for their support.

Though Biden drew less billionaire donors than Harris did, he was vastly more of a draw for billionaires’ money than was his main competitor, Bernie Sanders, who attracted no billionaires. But Biden drew fewer of them than did any of the top three (Buttigieg, Booker, and Harris), all of whom were far lower in the pollings of the actual registered Democratic voters than Biden was. The Party’s billionaires simply weren’t convinced that Biden would be effective at getting done what they wanted the next President to do. Biden’s obvious incompetence didn’t inspire their campaign donations, whereas Buttigieg did. He was considered competent to do what they want done. The only voters who favored Biden were the Party’s more conservative ones. However, Buttigieg also appealed to these voters; and, so, in the early primaries, the conservative Democrats were split. Harris quit the contest on 3 December 2019, before any of the primaries. And, then, starting with the South Carolina primary on February 29th, in which the vast majority of the voters were Blacks, Biden suddenly trounced Sanders. It was Biden’s first-ever primary win in any of his lifetime’s three attempts at the Presidency. After Sanders’s win in Nevada on February 25th — his 47% there, as compared to Biden’s 20%, and Buttigieg’s 14% — America’s billionaires knew that Buttigieg was hopeless, and so they poured huge sums into Biden’s campaign, because, by that time (February 29th), it had become clear that none of the other conservative Democratic contenders would stand any chance, at all, of winning. Michael Bloomberg, who was the self-financed billionaire in the contest, had entered the race only because Biden’s performances had been so bad that Bloomberg had become afraid Sanders might get the nomination; and, on the night of Super Tuesday, March 4th, Bloomberg quit, and endorsed Biden, and has supported him ever since. The Sanders campaign was blindsided by that sudden onslaught by the billionaires and their fronts, all backing only Biden. It worked.

These were the standings among the Democratic Party’s still-active Presidential contenders as of immediately prior to Super Tuesday, published by Forbes:

Rank in Billionaire Donors to:

(The others had already dropped out, and were therefore not listed.)

Biden who had had only 13 billionaires as-of 5 August 2019, had 66 as-of 2 March 2020. His opponent, Sanders, still had 0. This is how Biden ended up becoming the face of Harris’s Presidential campaign against Trump — who will have plenty of Republican billionaires funding his campaign.

So, is this how Kamala Harris will become America’s President? Or, will Trump’s billionaires instead succeed at defeating her?

On 12 August 2020, another magazine of the Democratic Party’s billionaires, Foreign Policy, was very excited about the Party’s Presidential choice, and headlined “Kamala Harris for the People:  As vice president, Harris would be ready to go toe-to-toe with adversaries, both foreign and domestic.”

When you look at the 3 old coots, Trump, Biden, Sanders, Trump and Sanders look like the energizer twins and Biden looks like the Gnome they left on the stoop. He just looks and acts old. Sanders would have been the better candidate but about the only politician the DNC hate more than Sanders is Trump.

I think Biden looks and acts more like a five year old these days.

Putin stole my underwear and laced it with crabs.

I’d be surprised if he were a one month president.

All I can say is ‘Thank God Biden will win the presidency because he’ll be tough on Putin and might even paratroop the Marines in to arrest him because he just tried to poison Trump with a ricin mailgram.’

He would have used novichok but the darn stuff just doesn’t seem to work.

Only problem is someone will have to tell Biden what a Putin is then tell him what a Marine is. He’d then order some Ricin beans because It’s good for the digestion. Lots of fiber.

They are trying to bring Kamala Harris in by the backdoor,they know she is loaded if issues,namely her prosecution record that hurt many ethnic minorities,but that Tulsi Gabbard incident they treated as just a temporary hiccup/bad dream,Mrs Harris is just a avatar of Hilary Clinton,and as a human being I dread this potentially horrific character being ever near the seat of power,because all I see is war and more war,and being part of the club that love to poke the Russian bear,and with the American empire in slow but sure decline soon to be ,or some ways already superseded by… Read more » 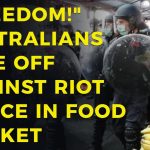 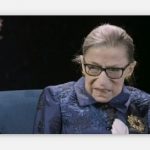