It is no secret that Russia’s bold intervention into the Nagorno-Karabakh conflict has provided the first serious chance at a durable peace process since the region was lit on fire on September 26. Since no peace can long endure as a simple negation, but rather requires the application of positive action, mutual economic development and long term trust building to ensure viability, this new stability must be enjoined by some very creative ideas that bring real opportunities, hope, and prosperity to the region very quickly.

But what “shovel ready” actions could satisfy those needs and how could they occur when western geopolitical arsonists are so ready to light more fires at a moments notice?

Just as China’s Belt and Road Initiative has achieved a major milestone in the Pacific region as 14 nations of the ASEAN plus South Korea, Japan, Australia and New Zealand signed the long awaited Regional Cooperation Economic Partnership on April 15, a new system of long term megaprojects are sweeping across the world providing a much needed break from the short term myopic model of “if it can’t produce profit in 3 years it isn’t worth doing” that has kept society shackled in a zero sum game of unipolar world dominance for far too long.

The sorts of long term projects that are synergistic to the 135 nation strong Belt and Road Initiative will be accelerating at ever-faster rates of progress as it becomes ever more clear that the western financial system will soon melt down and some form of “reset” in defense of humanity will be necessary.

Additionally, the majority of those nations who recognize this multipolar system as the only viable alternative to hell on earth, do not see any serious future in the World Economic Forum’s Great Reset ideologues pushing for a global shutdown of industrial civilization under a technocratic caste of social engineers and bankers.

It is in this light that synergistic megaprojects involving both Armenia, Azerbaijan and other Central Asian nations have been given new life and provide an important gateway for western nations to realign their economic paradigms in harmony with the multipolar order.

The principled driver for these long term programs in the case of the Caucasus involves the vast multimodal International North South Transportation Corridor (INSTC).

This corridor is a 7200 km network of rail, roads, and ports connecting India with Russia via the ports of Chabahar and Bandar Abbas in Iran through a vast network of rail towards Russia.

First established in 2002 by Russia, Iran and India, the INSTC has grown to include Azerbaijan, Armenia, Kazakhstan, Kyrgyzstan, Tajikistan, Turkey, Ukraine, Syria, Belarus and Oman (with Bulgaria having recently joined as an observer). This program in many ways parallels the new model of long term investment pioneered by China’s Belt and Road Initiative (BRI) and involves integrating and unifying nations into spheres of common interests rather than competing over diminishing returns of resources or other points of divisions. By avoiding the Suez Canal, this project will cut 15 days off the transit of goods from India to Russia. Meanwhile Russia is finalizing a free trade zone with India and the Eurasian Economic Union (comprising Armenia, Belarus, Kazakhstan, Kyrgyzstan) and has just finalized another free trade agreement between the EEU and Serbia. Both the EEU and Belt and Road Initiative have signed integration agreements already bringing the INSTC and BRI into greater harmony and defusing ever more tension.

Since the extension of the BRI into Russia’s Far East and Arctic via the Polar Silk Road, the INSTC has taken on a new identity as a harmonious segment of this new development complex. What is stopping the USA from investing in these projects?

Under these dynamics the long overdue Southern Armenian Railway could be built with financial assistance from the USA providing the missing 316 km link of the North South Transport Corridor between the Black Sea and Persian Gulf. This project involves an incredible 84 bridges (19.6 km) and 60 tunnels (102.3 km) through the mountainous terrain ultimately connecting the Persian Gulf’s main artery to Europe with vast benefits for all nations and people involved. Of course, this would involve a total re-think of America’s anti-Iranian agenda… but we are talking about avoiding World War after all.

One of the greatest causes of strife and division which has continuously thwarted peacemaking initiatives over the years has been poverty and insecurity. The INSTC, BRI and other great infrastructure projects would not only create new relationships and open up new markets over the course of many years, but would also provide the basis for new industries, increased productive potential and incredible investment potentials for all interests regardless of religious, ethnic or other differences which imperialists have sought to exploit for eons.

The Case of a Transformed USA

An under-appreciated set of shockwaves have moved through the geopolitical landscape in recent months as American foreign policy under the embattled President Trump has begun to finally break away from the Soros-managed State Department programs of color revolutionary “democracy building” operations and towards something more befitting a civilized nation which could possibly offer some healthier solutions towards the Caucasus. The defunding of Soros operations in Belarus and Hong Kong were a good start, and with the obvious Soros-Color Revolution tactics underway within the USA itself, this decision has perhaps been made more easy for Trump who has everything to lose by ignoring this cancer either locally or internationally. Additionally, Trump’s decision to reverse Obama’s moratorium on nuclear power development internationally with his support for helping Poland achieve energy independence with six new nuclear power plants, and two nuclear plants in South Africa (very synergistic with the two most pro-nuclear nations of the Earth: Russia and China, is very wise and a long overdue break from the IMF-World Bank policy of extending usurious conditionality-laced money to nations with no serious development potential attached.

Trump also displayed the right instincts in his earlier September 4th peace initiative between Serbia and Kosovo in the White House and a continuation of that display in the current Armenia-Azerbaijan conflict would be a welcomed follow up. Just as the Serbia-Kosovo agreements were driven by an understanding that economic development had to lead (and not follow) any durable formal effort at peace, the same principle applies to the current crises in the Caucasus and other parts of Central Europe being lit on fire.

Just as the American Development Finance Corporation, in tandem with the Export Import Bank committed to fund strategic railways and roads connecting Serbian and Kosovo capitals, provide long term loans to SMEs and build a rail to the deep sea port on the Adriatic to the tune of $1 billion, this bank could become an instrument for genuine growth with similar investments into rail corridors across the Caucasus and beyond.

If President Trump pushes forward with political and economic support for this positive orientation, then the foundation for durable peace, while continuing to push hard to extract the US military from the never ending entanglements in the Middle East as is finally occurring with Esper’s firing, his chances to fend off the ongoing coup efforts underway might succeed if he can vector the USA’s foreign policy from Regime Change to genuine nation building more synergistic with the BRI and INSTC.

Good article, but we are dealing with 2 different matters. The Silk Road is a Chinese project that the USA is bound to destroy if they can. The outstanding territorial problem with Armenia a Azerbaijan. Azerbaijan has been armed to the tooth by Israel, so they could attack Iran from their facilities. But now with the Sunny Arab countries recognizing Israel, they (Israel) will use Saudi Arabia or UAR to do it. So Azerbaijan feel strong so they started the war with Armenia. If these two tiny nations don’t cooperate in the Silk road they will be overcome or bypass.… Read more »

Eddy
Reply to  John B. Lockett

John, I’m inclined to agree with your post. I’m confused as the heading of this article states “Russia’s Intervention in Nagorno-Karabakh Requires International North South Transport Corridor Closer to Make Peace Durable”. Yet very little is mentioned in the article of that issue. If the author wished to discuss the New Silk Road the heading should have stated that. Though I have no argument with the Silk Road principle and support it. Too bad the U.S. see’s it as nothing but competition which must be halted or destroyed. Time will tell which way it goes.

I sense somehow America has been messing around over there to instill such craziness.

Aha! It’s just practice to finally make that Donetsk-Crimea corridor that they’ve been planning since 2014. We knew it all along. Read about it in the NYT and WaPo tomorrow.

Is it true that to be invited to join the AC, you need to demonstrate an ability to walk a long corridor with your shoes on backwards? 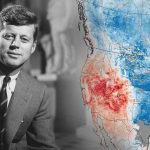 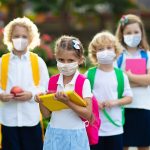