On 22 April 2020, I had headlined “Why Post-Coronavirus America Will Have Massive Poverty”, and explained that the U.S. Government, in the policies that it was putting into place, was concerned about both the public and its billionaires, but was far more concerned to bail out the billionaires than to protect the public; and, so, the billionaires would boom, their stock markets would benefit enormously by the going-out-of-business of the owners of smaller firms, even while millions of Americans would lose their jobs and increasingly the homeless population would grow. I explained why the extremely poor public-health system in the United States would increasingly become overburdened and that people would increasingly die, for reasons such as — because of the relative lack of U.S. protections of the public — workers would be increasingly desperate to stay at work even when they know that they might get the covid disease themselves and/or spread it to their co-workers and to people they serve at restaurants, etc.: they would stay employed where they are for as long as possible. This would produce in America exceptionally high ratios of the U.S. population becoming infected with the virus and transmitting it to others.

So, it has all happened, though more slowly than I had expected it to happen.

In 2000, America’s ratio of government debt to GDP was 70%. In 2016, it was 120%. In 2000, America’s ratio of federal government debt to GDP was 55%, and that became 105% in 2016. After 2016, there wasn’t much change in those ratios, but no figures have yet been released after 2019 — in other words, during the covid crisis. However, the federal Government has released to the public that, “In FY 2020 the federal deficit was $3,129 billion. But the gross federal debt increased by $4,230 billion”; and, “This year, FY 2021, the federal government in its latest budget has estimated that the deficit will be $3,669 billion.” A chart there also shows that the federal deficit in 2019 was $1,000 billion ($1T), but that in 2020, that exploded upward to a little over $3,000 billion ($3T). All of this explosion added to the federal debt. Most of the additional money to the nation’s debt became added to the wealth of billionaires and centi-millionaires; the rest of it went to everybody else. One of the extreme realities about the American Government is that it protects the richest — billionaires and centi-millionaires — against risks, more than it protects the public (overwhelmingly their workers) against risks; and, in this way, the richest in this country (the investors) are shielded against risks far more than the citizenry-at-large are. Workers here get the worst: the highest risks, and no controlling ownership of any major corporation. The richest get controlling ownerships in major corporations, plus the lowest risks of anyone.

In such countries, lots of people are more desperate, in the covid era, than they were before, but, also, many of the few people who aren’t, nonetheless don’t much mind high risk, because in a culture that rewards owning businesses more than it rewards working for businesses, risk-taking is respected, and actual work is less valued. Thus, in America, the poor are despised, no matter how hard they work. This, too, is common in oligarchies. That’s why their goverment protects them from risks. The rich have inculcated into the public a respect for the rich, and a contempt for the poor.

America is a typical oligarchy, except that it’s bigger than most.

And, so, this is my cultural and economic explanation of why America, with 4.21% of World’s Population, Has 16% of Covid-19 Deaths.

Right now, here are the 20 countries that have the world’s highest percentages of their population thus far killed by covid 19:

All of that information is at the same site which also documents that America, with 4.21% of the world’s population, has 16% of the world’s covid-19 deaths. (This site also documents that whereas China’s covid-19 death-rate per million inhabitants, thus far, has been 3, and that the same figure in the United States is 2,158 — it’s 719 times higher. Peru has the world’s worst performance, 5,945, which is 198 times higher than China’s.)

How many of those 20 countries are authentic democracies? Is any of them, really? If the public respect “entrepreneurs” more than they respect “workers,” then what is the actual likelihood that the nation will actually be a democracy? Aren’t they really bowing down to their aristocracy? They’ve evidently been successfully indoctrinated, by the aristocracy. And, they’re now dying, as a result of this — they are dying because of their culture’s accepting (instead of condemning) this aristocratic indoctrination.

223 countries are listed, but some of them have fewer than 10,000 residents. None of the worst 20 countries are that small. In fact, the best-performing of all countries of over 5,000,000 population is the world’s most populous country, China, which has a “zero-tolerance” policy on covid-19, and a rigorous scientific system in place to carry out that policy. So, China is at the exact opposite end from the 20 nations that are listed above. Perhaps, over the long term, this might turn out to have been China’s biggest advantage as an international economic competitor. But, instead of the U.S. Government’s praising and emulating China, the U.S. Government is now trying to dictate to China, and — unless China obeys — to overthrow its Government, and to grab control, over Taiwan, and also over China’s coastal waters. America operates a global empire, but its billionaires are never satisfied, and are determined for it to encompass every nation. The billionaires control their Government; the American public do not.

A perceptive 10 year old can see, and could see from the start, that Covid-19 has nothing to do with real science (ie, it’s a crimes against humanity political s c a m). As just one glaring example, in July of this year Christian Vélot, Ph.D., a French geneticist, stated… “[…] by vaccinating massively during a pandemic, we create selection pressure in favor of variants. In a way, we create with mass vaccination vis-à-vis variants the same situation as with the abuse of antibiotics that leads to antibiotic resistance. These have free reign because all bacteria vulnerable to the antibiotic… Read more » 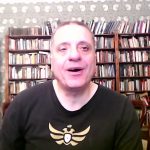 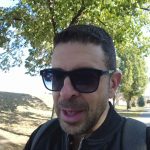