Libertarians/neoliberals in The West can’t believe the enormous extent of China’s success at keeping down the rates of disease, and of death, and of unemployment, from covid-19, because China’s policies on covid are, and have been, the exact opposite of libertarian/neoliberal. (What’s called “libertarian” in America is called “neoliberal” throughout the rest of the world.) The success of China in this matter dwarfs The West’s, by hundreds-fold to thousands-fold: it’s that awesome. And The West doesn’t want to learn from this, because The West’s ideology — libertarianism/neoliberalism — is being extremely disproven by it.

A libertarian friend wrote to me recently:

You WANT to believe the govt, you want to hold it as the bringer of all things good. The tide is heavily turning on this idea. I would fight to the death, pretty much literally, to not live in this kind of society, to be treated as sovereign and responsible. A lot on the left are waking up to this now.

You should look at John O’Looney on my site. He has hooked up with people like Dolores Cahill – he’s a FUNERAL UNDERTAKER. These guys can tell us when deaths ramped up, and they’ve done so for each age group as the ‘vaccines’ have rolled out for different age groups. When pregnant women were being vaccinated at the start, guess what? spontaneous abortions up 10 fold. …

I don’t ignore the death rates. I didn’t ignore any of the stats. I looked into what people – doctors who weren’t afraid to stick their necks out – were saying about them. And because of the FAKE PCR test being used everywhere and because of the ‘every death is a Covid death’ type of attitude, it quickly became apparent that the stats were being deliberately twisted to make it seem bad.

I don’t know whether China is using “the fake PCR tests” but CERTAINLY China has been spectacularly successful at having the best of all covid numbers (lowest disease-rates and lowest death-rates from the virus) and has consistently been applying the least-libertarian policies against transmission of the infection, and their covid-testing program is an essential part of these anti-covid policies (those astoundingly successful policies). If they were using any FAKE tests, then those numbers would be hundreds or thousands of times higher than they are — like they are in Western countries, all of which are vastly more libertarian in their anti-covid policies than is China, and all of which have hundreds-to-thousands-of-times-higher disease-rates and death-rates from this disease than does China.

And ALL of the countries that have had the largest rates of disease and of death from covid-19 have had libertarian policies on it (though in a few of those, such as Peru, the nation’s leader had wanted to pursue, and did try, to institute more-socialistic policies on the matter, but the public didn’t trust him and massively disobeyed the restrictions, thus producing the bad covid-numbers there).

Initially, I had been skeptical about China’s extremely low covid numbers, but, as time went by and I learned more and more about how low those numbers have actually been and how strictly China has enforced its “zero-tolerance policy” on covid, I by now no longer am skeptical of them, at all. China’s terrific performance on covid is shaming all of the U.S.-and-allied countries. And, as China has been doing this, their unemployment-rates have been kept below those in the U.S.-and-allied countries. So: the libertarians’ allegations of there being a ‘trade-off’ between low covid numbers versus low unemployment-rates, has likewise been PROVEN to have been GARBAGE.

But this is being kept a secret in The West — the U.S.-and-allied countries. Just go to https://www.worldometers.info/coronavirus/#countries, which is the most comprehensive of all websites on the covid-19 numbers in all countries, and which has terrific breakdowns by rates-per-million inhabitants and other factors, and you will see this reality clearly, for yourself. It is the reality, but libertarians/neoliberals (and almost all news-people and executives in the major media in The West are that ideology) don’t want to know it, and don’t want to report it. (And, when they DO report on China’s covid-response, it is presented in as negative a light as possible, and without mentioning China’s world-beating numbers on covid-rates, death-rates, and unemployment-rates.) So, too, Western publics are not informed of these realities. So, I am trying to do that here — but more than just this: also, the ideological reason behind those stellar (but hidden-from-the-public) numbers.

Right now, from covid-19’s start, up till the present, China (under the column headed “Tot Cases/1M pop”) has had 70 covid-19 cases, and 3 deaths from covid-19 cases, per million residents. America has had 158,061 cases, and 2,499 deaths. The ratios there, are, on cases, 158,061/70=2,258/1; and, on deaths, 2,499/3=833/1. As-of November 2021, China’s unemployment-rate was 5.0%; America’s was 4.2% — 16% better. However, throughout the period from January 2020 to November 2021, China’s unemployment-rate has averaged around 4.9%, considerably lower than America’s around 8%. Consequently, China not only has done phenomenally better than America on keeping down the numbers of illnesses and deaths from covid, but has also done considerably better than America on keeping unemployment down during the covid pandemic.

I don’t know what China are doing differently. They have very different culture, they were very aggressive and successful with their track&trace, they have a different gene pool. Who knows but here are my thoughts on the pandemic and boosters: They are down-playing risks FROM the jab. It is not even touched upon by the media. When a TalkSport presenter questioned that another footballer having had unprecedented, repeated cardio sign-offs then keeling over, they cut him off in the broadcast. I have heard trying to blame it on the Virus which is possible, to some extent but the mechanism seems to… Read more »

I suggest that you watch the UKCOLUMN from time to time, for example. Concerning documentation, just go to the official websites of the US (VAERS), EU (EUDRAVIGILANCE) and UK (Yellow Card) in order to know the millions that have been severely damaged and the thousands upon thousands that have been killed by the western jabs; and they are a fraction of the total numbers, since most people don’t even know that such reports are made officially. You can see the latest European report below. What about the dozens of doctors and nurses that have resigned or been sacked for reporting… Read more »

What types of covid-19 tests are used in China?

NOT true: just READ that news-report, and you will know that it refers to 15 February 2020 and yet EVEN THAT EARLY China was NOT actually RELYING solely on those lab-tests but were always studying the patient in more detail, such as: “Apart from lab-based tests like RT-PCR kits, Hubei health officials are also using lung imaging to “clinically diagnose” patients. If lung images show pneumonia, patients who are already marked as suspected cases are confirmed as infected without the need for a positive RT-PCR test.” The article goes on to state that, that early on, the technology on this… Read more » 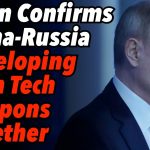 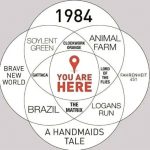