As the economy erodes, governments are trying to fill the void. They can do this by creating work. Infrastructure. Bridges to nowhere. Ghost cities. If they want to simply maintain the current standards and have only the elite class feel any benefits, they print money. Public works and unnecessary activity is obviously not beneficial to the majority but in comparison, printing money is just horrific. It just makes the divide worse and worse. But what is the response from everyone? Do more! Do more they say. They say it because they don’t know the truth.

Bank of England pumps an extra £100bn into UK economy

The Bank of England has announced a new £100bn stimulus package for the UK economy amid fears of a surge in unemployment in Britain’s hotels, restaurants and shops following the end of the government’s furlough scheme in the autumn.

Please try again and upgrade the app if you continue to have problems Try again Have a question? Visit the FT Help Centre You appear to have JavaScript disabled on your device.

Bank of Canada will maintain current level of policy rate until inflation objective is achieved, recalibrates its quantitative easing program – Bank of Canada

Bank of Canada will maintain current level of policy rate until inflation objective is achieved, recalibrates its quantitative easing program

The Bank of Canada today maintained its target for the overnight rate at the effective lower bound of ¼ percent, with the Bank Rate at ½ percent and the deposit rate at ¼ percent. The Bank is maintaining its extraordinary forward guidance, reinforced and supplemented by its quantitative easing (QE) program.

The New Zealand Dollar was lifted back into the black against most major rivals for the week Friday as the Reserve Bank of New Zealand (RBNZ) detailed plans to taper its bond purchases, economic activity rose and the coronavirus beat a fresh retreat in the antipodean country.

Record low rates for both larger loans and low down-payment loans drove an increase in mortgage demand last week. Total mortgage application volume rose 3.8% compared with the previous week, according to the Mortgage Bankers Association’s seasonally adjusted index. The demand was fueled by refinances, which rose 6% for the week and were 88% higher annually.

Home prices in Canada’s largest housing market climbed to yet another all-time high last month as red-hot activity in the detached property market offset a condo market that turned south. The average selling price for all homes across the Greater Toronto Area climbed to $968,318 in October, representing a 13.7 per cent increase from a year earlier and marking a fifth consecutive month of record-breaking prices.

Toronto’s real estate market fractured in October as buyers favoured suburban neighbourhoods and detached homes while sellers wanted out of downtown condos. There is a supply-demand disconnect in the real estate market in Toronto, says Freddy Mak, co-founder Ferrow Real Estate Inc. Condos are in flush supply – but the demand is for detached housing.

Benjamin Tal, deputy chief economist at CIBC joins BNN Bloomberg with his take on recent data from Nanos Research Group suggesting confidence in Canada’s housing market is booming. He says many people are taking advantage of the low interest rates during ‘the most housing friendly recession ever.’

While confidence in the Canadian housing market continues to grow, at least one Canadian economist is warning that a market slowdown is coming.

The RBA has cut the interest rate to a historic low of 0.1%, and will pursue more aggressive quantitative easing | Business Insider

The RBA has cut the interest rate to a historic low of 0.1%, and will pursue more aggressive quantitative easing

The RBA has cut the official interest on Tuesday from 0.25% to 0.1%, as widely expected. As expected, the move lower was accompanied by a bigger foray into quantitative easing (QE) as well, with the RBA committing to purchasing $100 billion in government bonds of 5 to 10 years maturity over the next six month.

China placed blocks on Australian imports of lobster, timber, barley at the weekend, with bans on copper ore and concentrate and sugar expected this week.

By in DataTrek Research Blog While the CEOs of Alphabet, Amazon, Apple and Facebook testified in front of Congress on antitrust grounds last July, those “Big Tech” companies were also ramping up their DC lobby spending in the same quarter. Today, the CEOs of Facebook, Google and Twitter testified in front of Congress over another issue: censorship concerns.

Walmart is laying off the robots it had deployed in about 500 stores to keep tabs on what’s on and not on the shelves. The retailer said Monday it has ended its relationship with startup Bossa Nova Robotics, which builds the 6-foot-tall roving robots equipped with cameras for identifying out-of-stock and misplaced products.

More money has been flowing into equities here in 2020. Tech stocks have performed incredibly well as a result of the huge inflow of cash, debt, margin, and easy money policies. Investments have been increasing.

“Do you think that QE is GOOD or BAD?” 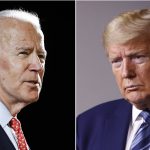 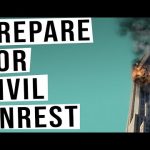