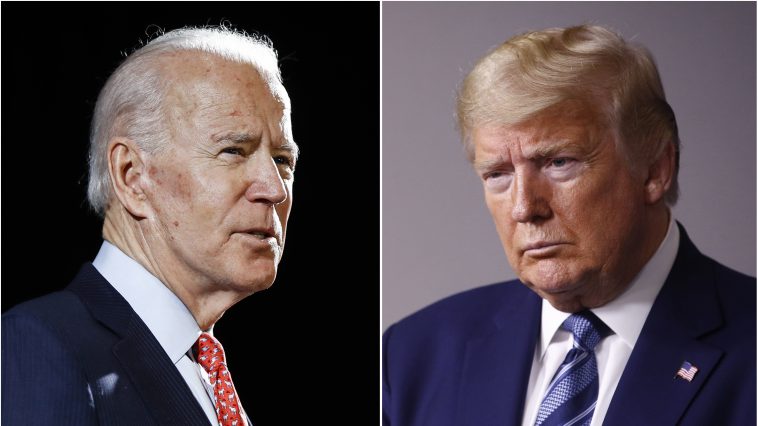 FILE - In this combination of file photos, former Vice President Joe Biden speaks in Wilmington, Del., on March 12, 2020, left, and President Donald Trump speaks at the White House in Washington on April 5, 2020. The November presidential election is six months away. (AP Photo, File)

How will U.S.-Russian relations be affected by either a Biden victory or a successful Trump victory over the course of the coming weeks and months? What are the reasons for the emerging economic meltdown and clash of unipolar vs multipolar systems? Which President and which policy might be the most conducive to a successful peace process between great power relations now converging towards full scale nuclear war?

These questions and more are addressed by leading experts who spoke on the theme of “Results of Nov 3 elections and how they might affect US foreign policy and US-Russia relations” hosted by Dr. Edward Lozansky, President of the American University in Moscow.

To participate in Dr. Edward Lozansky’s full course which occurs every second Thursday at noon EST, sign up here: http://www.russiahouse.org/wrf.php

I’m watching this, only a little ways in, absolutely GREAT stuff, we have never had this sort of access in the past, awesome work Matt. The problem I see with what McGovern has said is that, and I have watched Biden going back to the nineties,in terms of US/Russian relations, he IS one of what McGovern describes as one of “the troglodytes”,unlike Trump, I don’t think any outside influence will be necessary. What DID give me a wake-up call was what McGovern said regarding regarding the events surrounding Putin’s 2013 NYT op-ed and Obama. I hadn’t really viewed those events… Read more »

I say tomayto, you say tomahto
Reply to  oldandjaded

I’m with you on that. Jatras knows the American mindset, especially the nomenclatura. I know it enough by simple empirical observation over half a century to know from whence he comes. Pie in the sky cries for mutually beneficial cooperation?….I was all gaga over it in the 90’s so sure, when and if there’s a genuine political epiphany in America. Don’t hold your breath.

Luka-The-K9
Reply to  I say tomayto, you say tomahto

oldandjaded
Reply to  I say tomayto, you say tomahto

Trump was/is the closest the American people have come to a “political epiphany” and I am not at all sure how many of them really grasp what Trump is actually about, from what I see very few. In the early part of the run-up to the 2016 election, I honestly didn’t give much of a crap as to who won the US election. I was worried about Jeb Bush, as anyone with an IQ over their shoe size knows the Bush clan are totally committed neo-fascists, and this isn’t rhetoric or exaggeration, its LITERALLY in their paternal DNA. At that… Read more »

Its very telling to watch the body language and expressions of the two Jedi master US foreign policy wogs, Jatras and McGovern, first while Kuznick was speaking, Jatras looking up and to his left while stroking his beard, McGovern chuckling and rolling his eyes, and contrast that with their expressions while Matt is speaking. It speaks volumes.
Even Reginbogen and Zdanka are focused and engaged

Doctorow’s closing comment should send a chill down everyone’s spine.

Biden and the “deep state” wants a war, a big one.

After that war the world can restructure as it did after WW2.

Basically the USA is the warrior of financial ambition.

This account may be useful to understand the current situation.

Well, and as I said on other threads, a big war is the easiest way to re-unit the American electorate, or at least it has been in the past. Whether it will still work or not is a big question mark, but one thing is clear, this time, its suicidal. If you look at the current political landscape, Bidens ties to China make Iran a tough sell as a target, there’s not much else left in the middle east that the US hasn’t already pillaged and destroyed. Going back into Syria ( and kicking the shit out of Syria isn’t… Read more » 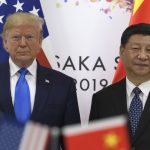 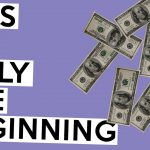