On January 29, Tommy Robinson will be screening his new film The Rape Of Britain in Telford. This isn’t the first time he has used that title. For example, in 2020 he visited Russia where he delivered a nearly hour and a half illustrated speech to an enthusiastic audience.

Robinson has been called all manner of names including a Nazi when he is actually a hasbara. You don’t have to like him, and even if you do it won’t harm your public image if you pretend not to. He is misguided, he is shooting at the wrong target, but by the same token his treatment by the media, the authorities, and especially his persecution by the police is or should be a national scandal. He has also along with his team done some amazing work that should earn him recognition if not letters after his name.

After her conviction on five of six sex trafficking charges on December 29, Ghislaine Maxwell faces spending the rest of her life in an American federal prison. One of her “victims” claimed Maxwell had touched her breast; Maxwell’s partner-in-crime the late Jeffrey Epstein had got into bed with this girl, and she had got out. He had held her hand, and bought her a pair of boots. They call this sex trafficking.

By way of contrast,  in April 2012, four men who abducted and raped two teenage girls were sentenced to a mere 38 years between them at Birmingham Crown Court. The younger victim was 15. These were the lucky ones; others, one at least as young as eleven, were forced to have sex with dozens of men. While still others didn’t live to tell.

Laura Wilson was just 17 when she was murdered by Ashtiaq Asghar in Rotherham. After being stabbed repeatedly, she was thrown in a canal.

Lucy Lowe was groomed from the age of 12 by Azhar Ali Mehmood. She became pregnant at 14 and kept the baby. In August 2000, Mehmood set fire to her Telford home killing her, her sister and her mother. He was convicted in 2001 but last year had the temerity to apply for parole, which thankfully was denied.

Becky Watson was just 13 in 2002 when she was killed in a car crash that has been called mysterious. She was another victim of grooming. The scale of this web of depravity is staggering, but even worse has been the complicity of the authorities in covering it up for decades; this is something that goes back to the 1980s, the 70s, or even before that.

Robinson insists the problem is Islam when rape is capital under sharia, even the rape of an infidel woman. Jack Straw identified the real problem in 2011 when he said certain men “of Pakistani origin” regarded young white girls as “easy meat”.

Another Labour MP who dared to raise this issue faced the same mock outrage; Ann Cryer was married to the MP Bob Cryer who was killed in a 1994 car crash.  She entered Parliament three years later and was outspoken about the grooming gangs. There comes a point though when simply shouting racist at people who tell inconvenient truths doesn’t work. Ask AK Nation.

It isn’t clear what will be in Robinson’s new film, more of the same, probably, but he has obviously put in a lot of research and will be naming many names. At some point heads must roll, though hopefully not his.

tommy robinson is a state asset —

It’s clear like Bouillon, the public gets some silly stuff to chatter over… because too much has transpired…
We are left with absolutely nothing – but rage over another cover up. 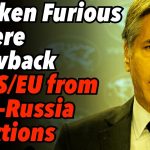 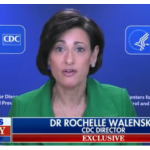