Since 1976, when the death penalty was restored following its temporary suspension in 1972, only sixteen women have been executed in the United States. Indeed, only fifty-four have been executed since 1900, the last being Kelly Gissendaner in 2015. By contrast, twenty-two men were executed last year alone.

Whatever one’s views on the death penalty, few people would disagree with the proposition that some murders are more deserving of the ultimate punishment than others. The next woman scheduled to die falls clearly into the class of the more deserving. As things stand, Lisa Montgomery will be strapped to a gurney in Terra Haute, Indiana and dispatched with a lethal injection on December 8, but don’t count on it. After her October 2007 conviction, Montgomery was formally sentenced to death the following April. Sadly, this kind of absurd delay is par for the course for capital cases in the United States. If she is indeed executed, Montgomery will also be the first woman to be executed by the Federal Government since 1953, and the fourth in total. So what heinous crime did she commit?

In December 2004, Lisa Montgomery carried out a foetal abduction. If you haven’t heard that expression before, it is exactly what it sounds like, cutting the baby out of the womb of a heavily pregnant woman, a crime that necessitates the murder of the mother, and one so horrific it beggars belief.

An extremely rare crime, fortunately, it appears to be on the rise. That font of all knowledge Wikipedia lists what is hopefully a comprehensive list, most from the United States, the latest in 2019.

The Montgomery case attracted wide publicity, and much footage from it can be found on YouTube, including the dedicated documentary Life And Death.

It will surprise no one that in spite of the uncontested evidence of her guilt, there are some people who regard Montgomery as a victim. One of these is Sandra Babcock of Cornell Law School who whines: Lisa Montgomery: A Victim of Incest, Child Prostitution and Rape Faces Execution.

It is certainly true that Montgomery had a terrible start in life; her mother was an alcoholic, but is it true she was raped repeatedly by her stepfather from the age of eleven? The sexual abuse of a child that age leaves physical evidence, and for that and other reasons, extreme sexual abuse is unlikely to go undetected. The child prostitution claim appears to have been invented or embellished by Babcock.

Montgomery’s own claims of abuse and anything else should be taken with a large grain of salt, or maybe a boulder. Her first husband branded her an habitual liar. Although she confessed to the murder, she pleaded amnesia, she also implicated her own brother in it, claiming he accompanied her on the day. He was shown to have a rock solid alibi.

Then of course there is the chimera of mental illness. For some reason, the state is supposed to execute only intelligent and “mentally sound” murderers while showing mercy to morons and the afflicted. This cut no ice with the prosecution, nor with the jury. The reality is Montgomery is simply a psychopath of the worst possible kind. If any woman anywhere at any time deserved to die for a single murder, it is surely her.

I agree with you to a point, but at the same time, execution is far more merciful than life in American prisons. 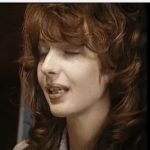 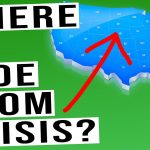