On October 30, a virtual prize giving will be held for the annual Emma Humphreys award, the first such prize giving to be held on-line.

Emma Humphreys died in 1998 at the young age of thirty. What was the great achievement in her short life that brought her praise, adulation, even homage, you might ask? Was she killed in a freak car accident like the 10 year old Kiera Larsen who in the process saved two much younger girls? Was she crushed by a bulldozer while protesting against the demolition of Palestinian homes like Rachel Corrie? Was she a cancer sufferer who simply put on a brave face to the end? Alas, Emma Humphreys was none of these things, rather she was a drug abuser, a common prostitute, a serial false rape accuser, and worst of all, a cold-blooded killer.

Aged just seventeen, she stabbed her lover Trevor Armitage through the heart as he lay in a drunken stupor. Armitage is said to have lived off her earnings in part, although he was a car owner, had his own home, and was doing reasonably well for himself. Emma Humphreys was a prostitute before she met him, and in England the age of consent is sixteen, so there is no question of him having groomed an underage girl, to use a fashionable phrase.

Armitage was in his early thirties and had a son about her age. When he was younger he’d had several brushes with the law, but appeared to have straightened himself out. Unquestionably his relationship with Humphreys was toxic, on both sides. She moved in with him because she had made herself homeless. She had been living in Canada with her mother and stepfather but returned to England to live with her father in Nottingham. He had also remarried, and there appears to have been friction between his daughter and his new wife. Humphreys moved in with her grandmother and great aunt, but that didn’t work out either. Because of her age she would have been housed by the local authority as a priority, indeed she was told as much by a client. According to her posthumous autobiography:

“His idea was that I should stay the night in the hotel, then go down the social in the morning, quit prostitution, get a house and a proper job”.

“God, that didn’t appeal to me. I didn’t feel strong enough even to consider going on with life alone without someone looking out for me”.

That someone to look out for her was Trevor Armitage, but he threw her out after an incident at his home which led to him calling the police. When the police arrived, he decided to drive around until Humphreys and her client were gone. Her response was to trash his home, pour a bottle of bleach over his bed and a couple of his suits, then start smashing windows. This led to a neighbour calling the police again, and she was arrested.

Incredibly, Armitage took her back after that. On Christmas Day, 1984, she assaulted the manager of an hotel and a police officer. As well as the criminal damage on the Armitage home, she was facing charges of soliciting prostitution and loitering, so she was remanded in custody, yet when she appeared in court on February 21, 1985, she was given a 2 year conditional discharge and released “into the care” of Trevor Armitage. Five days later, she murdered him.

On her conviction later that year, she was ordered to be detained during Her Majesty’s Pleasure, but in September 1992 she wrote to the misnamed Justice For Women organisation, and a contrived appeal, one that should never have been allowed, led to her murder conviction being overturned. The only possible explanation for this is that the Law Lords felt sorry for her.

When she left the Court Of Appeal, she was treated like a war hero by her braindead supporters, but eventually even her two greatest champions had had enough of her, as Harriet Wistrich admitted:

“Emma constantly tested our tolerance to the limit, certain that eventually she would prove that she didn’t deserve our love. She came quite close to succeeding one night, when we had to make the painful decision to turn her away from our house at 5am with nowhere to go”.

“Emma was indeed very special. She helped me realise the true and total cost of male violence, in a way I had not fully grasped in eighteen years of feminism”.

Her false allegations of rape and abuse of drugs have been documented elsewhere, but none of that will matter on October 30 when Samira Ahmed of all people awards the Emma Humphreys Memorial Prize to whatever delusional feminist has most embroidered their eternal victim narrative. 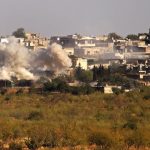 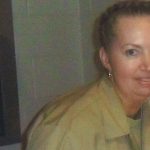