Men commit the vast majority of murders but there is one crime that is committed almost exclusively by women. Foetal abduction is exactly what it sounds like and is just as bizarre. A woman who is unable to give birth lures a heavily pregnant woman to an isolated spot, murders her, and cuts the baby out of her body then attempts to pass it off as her own.

The case of Lisa Montgomery was reported here last year. In 2004, this utterly depraved woman murdered a young mother in Skidmore, Missouri and stole her baby. Due to the circumstances of the crime she was soon apprehended; the baby girl survived, and so did Montgomery for more than thirteen years after her conviction thanks to the usual, protracted, tiresome, spurious series of appeals so many capital murder defendants and their supporters foist on the criminal justice system. Last year only 11 people were executed in the United States; Montgomery was both the first and the only woman amongst them.

This month, another woman was convicted of an even more monstrous foetal abduction, one that resulted in the death of the baby as well as the mother. Because the crime was committed in Texas – the death penalty capital of the Western World – it is likely she will be sentenced to death. The penalty phase of her trial opens next week. So who is she?

Her full name is Taylor Rene Parker, and her case flew largely under the radar, the American media being more preoccupied with the defamation trials of Alex Jones and Amber Heard than something as depraved as this.

The younger Reagan Hancock, a married woman and heavily pregnant, was found dead in her home with her stomach cut open on October 9, 2020.  As with the Lisa Montgomery case, the victim was found by her mother. Reagan also had a three year old daughter.

When Parker was stopped by a Texas trooper, she told him she had delivered the baby on the side of the road and it had stopped breathing. She was taken by ambulance to McCurtain County Memorial Hospital in neighbouring Oklahoma where doctors were unable to revive the baby girl and soon realised she hadn’t given birth to her. When it became clear there was a connection with the murdered woman, she was arrested.

Parker waived her right to contest her extradition and was returned to Texas where she was charged with murder and kidnapping. In January last year, the State announced it would be seeking the death penalty. Two months later, a grand jury added the second murder charge.

Parker’s trial did not start until last month and was an academic exercise; there was a mountain of evidence against her and it was clear she had gone to extraordinary lengths to commit this crime. The jury heard she had faked a pregnancy, even buying a prosthetic to make her look pregnant. What was her motive? She had undergone a hysterectomy, although the reason for this isn’t clear. With so much evidence against her the only real defense would be one of insanity, but that was negated by the intensity of her scheming. She did not take the stand. The victim’s aunt expressed satisfaction with the verdict which the jury took only an hour to return. She said she hoped Parker would be sentenced to death shortly.

Although this unspeakable crime is insane beyond all meaning of the word, there have been quite a few other cases, not all of them in the United States and not all of them perpetrated solely by women. In South Africa, Zandile Makulana had three co-conspirators including two men when she murdered a heavily pregnant woman. The child died and she received a sentence of a mere twenty years, it was all the fault of her abusive husband, you see.

And at least two women have survived such horror. The heavily pregnant and homeless Teka Adams managed to escape when her captor passed out from drink. She was said to have managed to have fled into the street with her placenta and intestines exposed. Her baby survived and was aptly named Miracle. Her attacker Veronica Deramous was given a 25 year sentence. This horrific tale inspired the 2010 film Maternal Obsession.

Finally, in March 2015, the heavily pregnant Michelle Wilkins was attacked by Dynel Lane. Lane cut out the baby, who died, but incredibly Michelle survived, although she was said to have lost half her blood. Under Colorado law, Lane could not be charged with murder, but she was given a sentence of  100 years, not a day too long.  Michelle’s harrowing testimony can be found on YouTube.

You can tell the Russian army is in trouble when the Duran stops reporting on the war and tries to distract you with these puff pieces.

Just wait till the RUSSIAN army gets going, up to now it has been just the Donbas militia that has been doing the most leg work. Come back in a couple of weeks bud and see the difference.

The Duran is an open platform publisher. ‘Women in the criminal Justice system’ is a subject Dark Man writes about frequently. Frankly, I thought this was one of his better pieces. 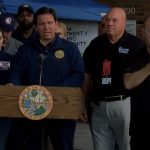