Two high profile capital cases were in the news this week. Nikolas Cruz and Taylor Parker were both convicted on overwhelming evidence leaving their respective juries to decide if they should die from natural causes behind prison bars or from execution at some point. Cruz knows his fate; Parker awaits hers.

If you are not in the loop about these two horrific cases, the trials were held live on YouTube. The Cruz trial was covered by many channels; the Parker trial principally by KTALnews.

Because there is no doubt about who carried out this mass shooting, one would have imagined the trial would have been long over, but due partly to the covid lockdowns and partly to the State rejecting a guilty plea for removal of the death penalty, it was delayed until July 18 this year.

On October 13, the jury recommended a life sentence without the possibility of parole, something that didn’t go down well with many people including families of the victims, some of whom spoke out openly. The only real mitigating factor was his age; should a teenager be executed even for such an heinous crime, or in this case a man who had committed this crime as a teenager? Someone else who thought he should was Florida Governor Ron DeSantis, who said if this case didn’t warrant the death penalty, what did? He also took a swipe at a criminal justice system that drags out capital cases, even ones in which a defendant is convicted on absolutely overwhelming evidence.

That is actually an understatement, only 11 people were judicially executed in the United States last year. The first (and the only woman amongst them) committed an heinous murder in December 2004; the last murdered a schoolteacher and shot her boyfriend (who survived) way back in 1985. Bigler Stouffer was 79 years old at the time of his execution; in the UK he would very likely have been paroled before then.

The other capital case in the news is that of Taylor Parker, whose horrific crime was discussed here earlier this month. If in the case of Cruz his youth can be argued as some form of mitigation for mass murder, Parker doesn’t even have that lame excuse. She went to extraordinary lengths to carry out her unspeakable crime of a foetal abduction, and unsurprisingly she ended up killing the baby as well as the mother, who suffered an horrific death.

Parker was married to Alex Wacasey from 2011 to 2018; she had a daughter when they met, and they had a son together, but in 2015 she underwent a hysterectomy for medical reasons. Both her children now live with Wacasey, which makes what she did even more unfathomable. And even more evil. 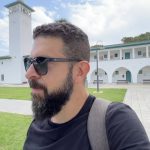 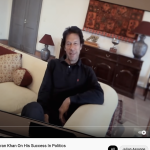