It is no secret that America’s liberal elite and their media lapdogs hate Ron DeSantis almost as much as they hate Donald Trump. This should surprise no one. Florida’s charismatic Governor may not have the gift of the barb, but he is just as plain speaking as 45; he is also thirty plus years younger so is clearly at some point destined to run for President. There are those who would like to see him run in 2024, but there will be few Floridians amongst them because of…heck, here is the opinion of two black Democrats in Arcadia.

There is absolutely no chance of DeSantis challenging Trump although it is possible Trump could ask him to be his running mate. If he does, DeSantis should politely refuse and continue to endorse him. That would leave him a clear path to running in 2028.

That being said, there are those who are seeking not only to demonise DeSantis but to play him and Trump off against one another. The latest such attempt comes from Mary Trump. This should surprise no one. The Don’s niece has long been a thorn in his side. She has sued him and other family members over her late father’s estate. She works in the mental health field, but some would claim she is better suited to being a mental patient. She is also a lesbian, which is good news for any men who work with her.

In contract, your uncle brought rising prosperity, started no foreign wars, and sought to stabilise both the Middle East and the Korean peninsula.

The hate campaign against DeSantis hasn’t yet reached the same lunatic fever pitch as that against Trump, and is unlikely to. DeSantis has been married for twelve years and served with the military before going into politics, so there are no skeletons in his closet, no business deals that can be represented or misrepresented as shady. He is also quick to shut down false media narratives. That being said, the reader should not be surprised if at some point there is a full-bodied attempt to dirty him up. 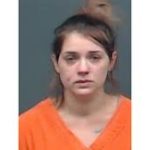 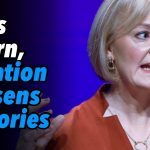