There are a lot of people we would rather avoid, and a few the world would be better off without. To even attempt to list more than the tiniest fraction of them would be futile, but here are a few.

Next time some idiot asks you if black lives matter, you might counter “Does that include Anthony Sowell?” The monster who murdered at least eleven women was scheduled for execution on October 29, 2012 but due to the usual delaying tactics he died of natural causes, in particular from an unspecified terminal illness on February 8 at the Franklin Medical Center, Columbus, Ohio at the age of 61.

Although she committed only one murder, Lisa Montgomery was a monster comparable to Sowell, indeed it is doubtful if even the Cleveland Strangler would have had the stomach to commit a foetal abduction. Montgomery murdered a young, heavily pregnant mother on December 16, 2004 and was convicted in 2007 but wasn’t executed until January 13 this year. As with Sowell, her lawyers resorted to numerous delaying tactics; there was also a concerted attempt to portray her as a victim, but as she murdered a woman rather than a man, there was little chance of that succeeding.

One woman who did murder a man and was portrayed as a victim is Emma-Jayne Magson. Magson murdered her lover James Knight in March 2016.  She was convicted of murder but due to a totally dishonest campaign by a pressure group, she was granted a retrial this year. And convicted again, not because she was guilty of murder, but because of misogyny, according to her supporters. That’s right, she stabbed the guy through the heart, sat watching him die, lied to the police, and she is the victim. Totally unreal. Magson was given a seventeen year tariff, which means she could actually be paroled as early as 2033. There are many people in Leicester who hope she won’t.

Another woman who murdered a man and attempted to portray herself as a victim is Penelope Jackson. She stabbed her elderly husband repeatedly, and was given a tariff of eighteen years. In view of her age it is not unlikely she will die in prison, and no one should lose any sleep if she does.

There is no death penalty in Britain, but if ever a man deserved it, that man is David Fuller who murdered two young women in 1987. He was convicted this year thanks to DNA evidence which was in its infancy in 1987, but if his crimes against the living were unspeakable, his crimes against the dead were unthinkable.

Three other murderers deserve dishonourable mention. Colin Pitchfork was the very first murderer to be brought to book by DNA profiling. His crimes – which include raping and strangling two fifteen year old girls – were sufficiently grave to warrant his permanent incarceration, but Pitchfork has been trying to work his ticked since at least 2009, and this year the Parole Board agreed.

He was released on September 1, but last month he was recalled to prison due to his exhibiting what might be called worrying behaviour. Whether or not the concern over his behaviour was warranted, he must surely remain behind bars for the rest of his life. Anything else would be an affront to both decency and common sense.

Wayne Couzens was a police officer when he decided to kidnap, rape and murder a woman, any reasonably young woman would do, and he chose Sarah Everard. He was given a whole-life sentence this year, and although he is said to be appealing his sentence, he has little appeal to anyone. The third murderer is Danyal Hussein who murdered two women in June 2020, one of the most bizarre double murders in English criminal history. Hussein sacrificed these victims in a pact with a demon, hoping it would win him the National Lottery. Instead, it won him free board and lodging for the next thirty-five years, at least. It remains to be seen if he will ever be released.

Finally, there are two Americans who won’t be missed in 2022. Kamala Harris has been missing in action for most of this year, and it remains to be seen if she will be any more visible next. And Jussie Smollett will shortly be sentenced for one of the most ludicrous hate crime hoaxes ever. Even if he escapes prison, his behaviour, refusal to take ownership of his actions, and his betrayal of the Osundairo brothers, must surely spell the end of his show business career. 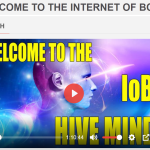 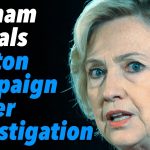