In January 1999, Kim Galbraith murdered her husband, shooting him in the head as he slept. Then she burned down the house and told police two masked men had done this, and raped her as well. She stood trial for murder and was convicted, but in May 2002, after her conviction was quashed, she was given a sentence of a mere ten years for culpable homicide, even though she had admitted attempting to murder her husband before by sabotaging his car.

In August 2010, Sally Challen killed her estranged husband, bashing his head in with a hammer, a clearly premeditated act. She too was convicted of murder, but before the end of the decade she was a free woman having been diagnosed with some imaginary mental condition and portraying herself as the real victim. Her murder conviction too was quashed, and she walked free time served.

In November 2014, Farieissia Martin killed her lover Kyle Farrell, stabbing him through the heart and pleading ignorance. She too was convicted of murder, but in December last year, her murder conviction was quashed and she was later given a ten year sentence.

In March 2016, Emma-Jayne Magson murdered her lover James Knight in strikingly similar fashion to the Farrell murder with the added cruelty of sitting and watching him die. Fortunately, although the same crooked outfit tried to pull the very same dishonest tricks as they did in the Martin case and the Challen case before that, Magson’s murder retrial ended with the same verdict as the first and with the judge saying he would like to have increased her tariff.

Magson is said to be appealing her conviction again, but she has little chance of succeeding, so women don’t always get away with murder, and that was the case with Penelope Jackson. This case is quite extraordinary because not only did she murder her husband, she boasted about it to the police. On the evening of February 13 this year, Avon & Somerset emergency services received a call from David Jackson after his wife had stabbed him. She took over the call, and you can hear what she said in her own words.

That call and the footage of her arrest has now been released by Avon & Somerset Police. Notice her calm demeanour and the police officer who advises her to hold her tongue. She was arrested initially on a charge of attempted murder, but when he died, the charge was increased.

She stood trial this month at Bristol Crown Court and was convicted on October 29, albeit only by a majority verdict of 10-2, the same as Magson in her retrial. Needless to say, when Mrs Jackson took the stand she gave an entirely different story of her motivations from the one she gave the police at the scene, and blackened the victim’s character into the bargain, pleading guilty to manslaughter by the legal fiction of diminished responsibility.

David Jackson was some twelve years his wife’s senior. Penelope Jackson had married at the age of just eighteen and had two daughters with her first husband. The couple divorced; she claimed he had become violent. David Jackson was her fourth husband and she was his third wife. David Jackson had also been fitted with a pacemaker; in view of this, his age, and her being much younger, it remains to be seen who was the stronger of the two.

There had indeed been a history of violence between them, but this violence was clearly reciprocal, as indeed is most violence between couples, whether or not they are married. The victim’s second wife told the jury that he had been afraid of the future Penelope Jackson even before the two were married.

Leaving aside their history, this was a murder that like so many murders, especially in gun-toting America, was committed over a triviality, an argument over a meal.

It took the jury eleven hours to return their guilty verdict; the judge gave Penelope Jackson the mandatory life sentence with a tariff of eighteen years.

Unbelievably, a Press Association correspondent gave space to Sally Challen to comment on the case; she described Jackson’s conviction as appalling. Unsurprisingly, this view is shared by Harriet Wistrich who chimed in:

“Contrast this case with the recent cases of Anthony Williams, who strangled his wife to death and was sentenced to five years, or Sam Pybus, who strangled an extremely vulnerable woman, Sophie Moss, to death during a drunken episode of so called ‘rough sex’, who got four years, eight months.”

These other cases are unrelated; clearly there are men who do “get away with murder” like Sally Challen; the solution is to ensure they don’t, not to allow women – all women – to do the same. The jury that convicted Penelope Jackson included eight women, at least six of whom had not been brainwashed by feminist propaganda about women being perpetual victims and only victims. In view of her totally callous behaviour after the arrival of the police, it is difficult to see how any reasonable person could have concluded other than that her conviction and sentence were well-deserved.

There are many women that wait a considerable amount of time after their husbands have a heart attack or stroke before calling 911. They claim that they called right away but there is evidence that it is not true. The world can be very cruel at times. 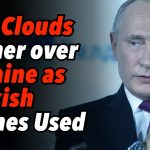 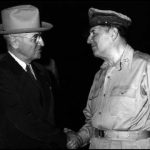