As reported here, Emma-Jayne Magson was convicted of the murder of James Knight in March, and later given the mandatory life sentence with a tariff of seventeen years. This was a retrial, the victim was murdered in March 2016, and Magson was convicted later that year. The retrial should never have been allowed, and was effected by artifice, fresh so-called evidence manufactured after the event combined with claims of something called a personality disorder. A personality disorder is simply a description of behaviour, not an affliction for which a perpetrator should not be held culpable. More on this anon, but first here is the news you will not read anywhere else: Magson is to appeal her sentence, though not her conviction.

This information was relayed to the victim’s mother by the Crown Prosecution Service this week. It doesn’t mean Magson has now taken responsibility for her crime, that she admits she is a rightly convicted murderess, only that even the most venal of lawyers now concedes it is hopeless to argue her case, in short there are no grounds for appeal against conviction.

It remains to be seen what grounds there are for appeal against sentence either. For the benefit of overseas readers, a life sentence is the only sentence a court can pass on an adult convicted of murder in Britain. After that, there remains the tariff, the minimum period after which the person convicted can be considered for parole. Under current sentencing guidelines, the starting point is 15 years; Magson’s tariff from the first trial was 17 years, and in resentencing her, the judge said he would like to have increased it but was not permitted. So at the very best, Magson could have her tariff reduced by two years, which would make her eligible for parole in 2031.

The process involves applying for leave to appeal, which will be considered on the papers by a High Court judge. If he rejects the appeal on the papers, the application can be renewed to the full court, and if it is refused at that stage, it’s the end of the road. It is doubtful if Magson will get past the paper judge because it is difficult to envisage a more clear-cut case of murder. After stabbing James Knight in the heart it was possible that summoning assistance immediately she could have saved him, possible but unlikely. Yet the thought never crossed her mind. The one thing that can be said in Magson’s favour is that she confessed to her mother, although even then she lied, claiming she had stabbed James in the house in self-defence, when all the credible evidence indicates he was stabbed either on the doorstep or in the street. Her mother told Magson’s stepfather, and he did the decent thing, handing her in.

Although any reduction of her tariff is unlikely, proceeding with this appeal could result in her losing time, as it were. Her tariff cannot be increased, but in the case of a clearly frivolous appeal (as this is) the Court Of Appeal has the power to direct that all or part of the time already spent in custody should not count towards the sentence.  So, in theory, Magson’s 17 year tariff could be ordered to start after her appeal is dismissed, which if it goes ahead is likely to be next year.

One person who is happy with this is James Knight’s mother, who is as happy as any woman who has lost a son can be. James also had two young daughters who will grow up without their father.

And one person who definitely isn’t happy is Harriet Wistrich, one of the women behind Magson’s contrived second trial. The title of her recent article in block capitals says it all: THE EMMA-JAYNE MAGSON CASE: MISOGYNY IS ALIVE AND WELL IN THE CRIMINAL JUSTICE SYSTEM.

That’s right, she isn’t behind bars because she stabbed a man through the heart then sat and watched him die, it’s all because the criminal justice system hates women. But it doesn’t end there. Attempts were made at trial to blacken James Knight’s character. He was no angel, as his mother concedes, but neither was he a violent thug who beat women. Sauce for the goose, sauce for the gander, so the jury was entitled to hear about her bad character as well. According to Wistrich:

“Evidence was adduced of Emma’s previous bad character, including previous convictions for violence. She had a caution for hitting a bouncer, had hit a woman in a pub and attacked a woman with a glass for which she incurred convictions for battery. However, these incidents occurred when she was in a relationship with someone who had physically assaulted her and set fire to her clothing and personal possessions”.

You heard that right, she assaulted a bouncer, hit one woman, and hit another with a glass (in the face), but none of  these assaults was her fault; a man was to blame.

“5 out of 6 experts agreed that Emma had a personality disorder and that this was due to neglect and trauma during her childhood”. By her mother this time, but no doubt her mother neglected her because of a man. Cry the lady a river.

I still believe that Wymyn [sic] will save the world… NOT! 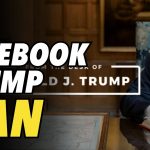 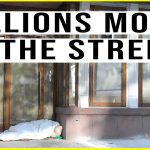