One of the major differences between the American and English criminal justice systems is the amount of material released by the authorities, including crime scene photographs. Travis Alexander was murdered by Jodi Arias in June 2008; he was stabbed multiple times as well as shot, and the associated images are horrific, but with a click or two of the mouse you can find both crime scene and autopsy photographs. In the UK, these images would have been kept under lock and key for a hundred years.

Ghoulish photographs and films can be found all over the Web, often with good reason. They are frequently posted by lobbying groups and at times can become evidence in criminal proceedings.

The case of Danyal Hussein who murdered sisters Bibaa Henry and Nicole Smallman was reported here. Although the police did excellent work tracking down this deranged killer, two of their number disgraced themselves.  PCs Deniz Jaffer  and Jamie Lewis were given the task of guarding the crime scene overnight until specialist technicians were ready to move the bodies. They did that, but they also took half a dozen photographs of the women’s bodies and shared them on WhatsApp. That is something you might expect a teenager to do, but Jaffer is nearly fifty. The two men have pleaded guilty and are facing prison.

Something far more serious happened in the Irish Republic. Normally, the viewing of extreme pornography is the bailiwick of depraved males of a certain age, but two years ago, a 15 year old girl was found to be downloading images and films of this nature. Clearly this goes against the narrative, and it presented special problems for the authorities, problems it took them two years to resolve. One of the videos was made in the Philippines, which is notorious for this sort of thing. The girl, who remains anonymous, is still living at home, but is being closely supervised.

If there is one thing worse than downloading extreme pornography, it is people who make their own. In 1987, David Fuller murdered two young women in separate incidents. Wendy Knell was raped and murdered in her bedsit at Tunbridge Wells. Five months later, Caroline Pierce was abducted outside her home, also in Tunbridge Wells. Her body was found dumped in a field miles away; she too had been raped. The two women do not appear to have known each other, even though they lived and worked in close proximity.

These were two very cold cases, and in 1987, DNA profiling was in its infancy, but in December last year, David Fuller was arrested. On November 4, he was convicted of both murders, but Fuller’s crimes were committed against the dead as well as the living. He worked in a hospital where he had access to the mortuary. The full horrific details of his other crimes can be found in this release by the Crown Prosecution Service. There is already a lot of footage of him on-line, and doubtless at some point he will be the subject of documentaries and even horror films. 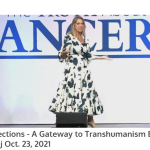 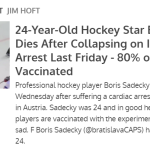