Some people are more important than others, whatever the intersectionality brigade claims. If you are a married man with two point four children, the most important people in your life should be your offspring, your spouse, and your extended family. If they are not, your wife should divorce you.

Nevertheless, in the wider world some people are clearly more important than others for most if not all of us. This is no more apparent than when some famous person dies, especially prematurely. John Lennon was forty when he was assassinated; Michael Jackson was fifty when he died from an overdose; George Michael was fifty-three when he died from years of drug and related abuse. Like charismatic politicians, world renowned musicians command huge outpourings of grief. Arguably the greatest such outpouring followed the death in 1997 of the woman known to the world simply as Diana. The size of the floral tributes was staggering.

What though of ordinary people who die too soon in tragic circumstances? The recent case of Sarah Everard resulted in enormous floral tributes and an unprecedented public vigil. A police officer has now been charged with her murder; there are heavy reporting restrictions on this case for legal reasons, so it will suffice to say that Miss Everard’s death is clearly being exploited for political ones. The usual suspects, who need not be named here, have been making all manner of ludicrous claims such as misogyny, sexism, the “degrading” influence of pornography, yadda, yadda, yadda.

The man accused of Miss Everard’s murder is white. Had he been black, would we have seen the same reaction? In 2007, Channon Christian and her boyfriend Chris Newsome were murdered in truly horrifying circumstances. Because their killers were all black, including one female, the case was hardly reported outside of the Deep South. This is in stark contrast to Emmett Till, whose 1955 murder is still being exploited today by race hustlers because he was black and his killers – who got away with it – were white.

In England, the April 1993 murder of the black teenager Stephen Lawrence is still being exploited to this day. The Lawrence family were exploited cynically by the race lobby, in spite of their attempts to dissociate themselves from it. Like domestic race hustlers, the Macpherson Report, ludicrous and dangerous in equal measure, ignored the plain facts of the case, that Stephen Lawrence was the victim of not so-called racism but of an endemic knife culture. Between November 2016 and October 2019, no fewer than 379 people were charged with knife homicides in London, a quarter of a century on from the death of Stephen Lawrence. Can you name even one of those murder victims?

Instead of facing the real problem, Macpherson made a large number of recommendations that had absolutely nothing to do with the case, including the abolition of double jeopardy, which allows the state a second or even a third bite of the cherry in criminal trials, although at present this is restricted to murder cases and leave is needed from the Court Of Appeal.

The most recent high profile black death is of course that of George Floyd. There was and remains genuine outrage over this case because of the damning video of a police officer kneeling on the victim’s neck for nearly nine minutes while Floyd was protesting that he couldn’t breathe. However, the bodycam video, which should have been released but wasn’t initially, paints a very different picture of what actually happened. A first degree murder charge is now clearly unsustainable, although Office Chauvin is just as clearly not off the hook yet.

Do the above examples mean black deaths count more than white ones? Clearly not. How many people could name a single black victim murdered by a black suspect? Here is one.  In November 2014, Kyle Farrell was murdered by Farieissia Martin. She stabbed him through the heart, then claimed he had been attacked by a mysterious intruder. The murder of Kyle Farrell was strikingly similar to the murder of James Knight by Emma-Jayne Magson; in that case, both the killer and her victim were white, yet, surprise, surprise, both men have since been cast as perpetrators, and both women as victims of abuse.

Magson won her appeal against conviction, but wisely the Court Of Appeal ordered a retrial, and although it took them thirteen hours, the jury still convicted her. Hopefully, Martin’s retrial will go the same way.

I remember the jewelry worn by women during the Lorena Bobbit trial — a hotdog with a dagger through it.

In the RF some say the women do the violence on the men.

People are tired of this racial division stuff.

Now this African American crew need some education as far as “murder and oppression” goes.

Compared to the mass slaughter we had in Europe these people are whining in vain.

They are a joke. 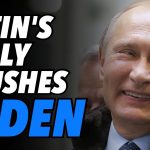 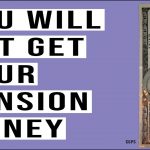