Last month, a black woman in Texas finally got justice when her murderer was executed, while in the North of England, another black murder victim didn’t.

Quintin Jones was just 20 years old when he murdered his great aunt, Berthena Bryant. Although she was 83, the victim was quite mobile and drove her own car. Jones murdered her in the course of a robbery; he appears to have been a heavy user of illegal drugs if not an actual addict. He was convicted of the 1999 murder in February 2001; as with almost all American executions, this delay was totally unwarranted.

As usual, there were many people who argued for clemency, that his death sentence be reduced to life imprisonment, but what few media outlets have mentioned is that he also murdered two other people, young men. Again, the motive was obtaining money to buy drugs. Those two murders earlier in the year were committed with a criminal associate who was convicted and sentenced to life imprisonment. The jury in his own trial wasn’t told about these other murders until the penalty stage. He could have been tried for them too, but the State didn’t appear to think it worthwhile as his conviction for the Berthena Bryant murder was watertight.

In spite of all the special pleading on his behalf, Quintin Jones will be missed by few; the same cannot be said for Kyle Farrell. In November 2014, father of two Farrell was stabbed through the heart by his common law wife Farieissia Martin in strikingly similar circumstances to the murder of James Knight by Emma-Jane Magson as reported here recently. Like Magson, Martin feigned ignorance, and was duly convicted. Years later, in what has become a tiresome pattern, so-called fresh evidence was concocted for a bogus appeal, Martin was really a victim, and she had what are often referred to by feminist apologists as mental health issues. In other words, women are not to be held accountable for their bad acts in the same fashion as men, they are victims even when they are perpetrators. Martin was said to have been a victim of coercive control. This is bunk; according to the police, her relationship with Kyle was volatile, ie any violence was two-way, and indeed Martin had served a prison sentence before for violence.

Last December, the Court Of Appeal accepted the contrived evidence of her new legal team, something it should never have done, and her murder conviction was quashed. Last month, after pleading guilty to manslaughter, Martin was sentenced to ten years in prison. But she won’t be going home just yet because she was caught with a razor blade and a mobile phone in HMP Boston.

If Kyle Farrell had been murdered by a white gang member, we would never have heard the last of it, but black men’s lives matter only when the perpetrators are white, and like white men, when they are murdered by women, their killers are the real victims.

Thanks for this–a horrible story of outrageous double standards. 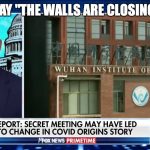 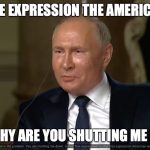