Last Sunday, Christian evangelist Hatun Tash was stabbed at Speakers’ Corner in London’s Hyde Park, and but for the grace of Allah, the police would have launched a murder investigation. Her attacker was a man, apparently fairly young, and in spite of there being cameras everywhere, no one has yet been arrested. So who was he? Most likely an Islamist, or at the very least a Moslem who is passionate about his religion. So why did he attack Hatun? Well, according to Kellie-Jay Keen-Minshull, this was an attempt to shut women up, in short, it was yet another act of male violence against women.

Before relocating to the United States, Hatun’s fellow traveller Jay Smith spent a quarter of a century preaching at Speakers’ Corner, and was attacked several times, once very seriously. Doesn’t matter, this is still male violence against women.

This is the problem with threat narratives,  as with victim narratives, people, especially those involved in politics, become so committed to them they can’t see what is really happening, and because of that, they end up making a bad problem worse. The death of George Floyd was a classic example. Never mind that Floyd asked to be taken out of the van, never mind that he never once asked Chauvin to get off his neck, never mind that the American police and indeed police the world over regularly brutalise men, sometimes women, and occasionally the young, the  threat narrative here was something called racism, or more narrowly a white police officer doing what white police officers do to black men in America all the time just because they can.

This rubbish is easily refuted. There are video channels on YouTube and Bitchute as well as many websites dedicated to exposing police brutality. This video from Kenya was taken five years ago. At the beginning, a man lying on the ground, possibly unconscious, is kicked viciously and separately by two police officers. What justification can there ever be for that? Did Kenyans organise mass demonstrations and cause two billion dollars of damage on its account?

For feminists, the threat narrative is always men, and for leftists it is always something called racism. At times, these absurdities don’t lead simply to bad social policy but to gross injustice. Sally Challen is walking the streets ten years after murdering her husband because she was recast as the victim, constantly humiliated and threatened; fortunately, the same tactics didn’t work for Emma-Jayne Magson, who stabbed James Knight through the heart then sat and watched him die.

So what actually happened at Speakers’ Corner? Unless and until the man concerned is brought to book, we will not be able to say for certain, but it seems likely this was the reaction of one man to what he perceived as blasphemy, a man infected by a perverted version of Islam to be sure, but one man nevertheless. Remember that next time you see white Americans being condemned for the actions of a thug in uniform.

The aggressor hasn’t been identified, so why are you assuming he was an Islamist? This could be construed as you agitating against Moslems and propagating hate speech.

He was probably an Islamist. If you think otherwise, you are probably an idiot and guilty of foolspeach.

The word “probably” has no merit in a court of law.

Helga I. Fellay
Reply to  Eddy

that’s true, and besides, DarkMan, even if I were an idiot [I am not], I would rather be guilty of a fool’s cherry than a fool’s peach.

All very interesting,but what caused the rise of Islamist extremism,The funding of extreme Islamist 40 years ago in Afghanistan to hinder the Soviets ,or the illegal wars over the past 20 years??,remember Gaddafi’s last words,”when I am gone ,all you will have is al qeada and refugees,so here we are again with another attack in a Western country,by what is to believed to be a Islamist extremist,this disease of crazed religious fanatics is our leaders creation,and the same warmongering Neolib b***s are back in the White House,go figure🤔..President Putin scolded the West in a speech years ago at the UN,about… Read more » 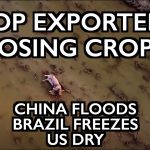 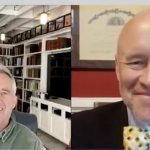