You’ve probably heard of victim narratives, but do you know what they are?

A victim narrative is a way of telling a story – of an individual, of a group large or small – blaming everyone else and everything else for their bad choices. It has often been said that our prisons are full of innocent men, a cynical claim that means they are really guilty but protest their innocence. This isn’t true, most convicted prisoners accept their guilt, but almost to a man they have a victim narrative that explains why their imprisonment is somebody else’s fault.

For reasons that need no explaining here, women, minorities, and people lower down the food chain are easier to portray sympathetically than men who may be powerful or simply unattractive.

Third wave feminism has for many years portrayed women as either better than men or held down by them. In particular, women have no agency for their bad acts. This is never claimed outright in so many words, but when women act the victim – when they engage in damselling – few if any people ask the right questions, especially those working in the mainstream media.

Consider the recent case of the former Virginia Roberts, who has been given a free ride by both the media and the legal authorities on both sides of the Atlantic. Roberts is an acknowledged former employee of the late Jeffrey Epstein. She claimed to have met him when she was fifteen and to have been forced to work as his sex slave. In reality, she was seventeen, which is still below the age of consent in Florida, but does materially alter her claim that she had sex with Prince Andrew when she was under age because the age of consent in England is sixteen, something of which she was almost certainly unaware.

Roberts claims to have been groomed by Epstein and Ghislaine Maxwell; people of all ages can be groomed for all manner of things, good as well as bad, but can she really be compared with a ten year old who is initiated into sordid sexual practices by a man in a dirty raincoat?

Among her lurid claims, many of which are demonstrably false, she admits she recruited other, genuinely underage girls for Epstein, yet she has been given a free pass on this. Roberts travelled to Thailand on Epstein’s dollar, and while there she had a change of heart, breaking with him. She experienced no adverse consequences for this. Now she is back, regretting her past, sordid life and eager to cash in on it. In what sense can this woman be claimed to be a victim?

Another woman whom we are told is a victim, a survivor if you will, is Sally Challen, who was given a life sentence in June 2011 for murdering her estranged husband. It was acknowledged she had spied on him, hacked into his e-mail, and visited his house with a hammer in her handbag, but nearly eight years after bashing his head in, the journalist Julie Bindel took to print portraying her as the victim. Bindel’s lover, the lawyer Harriet Wistrich, filed a new appeal, and last year, her murder conviction reduced to manslaughter, Challen walked free from court portrayed as a “domestic abuse survivor”.

Sadly, this case is far from untypical; Bindel and Wistrich have at least two more faux victims in the pipeline.

Blacks are often portrayed as victims, even when they make comments certain Jews don’t like, but the rapper Wiley who is currently in the news isn’t being portrayed as such, except by himself. Wiley has, or had, a Jewish manager. In a recent interview with Sky News he slammed powerful Jews in the music business for their “privilege”. In 2008, Wiley recorded Wearing My Rolex, which reached number 2 in the UK singles chart. In 2018, he was awarded an MBE. His net worth is estimated at  $6 million. All of which begs the question, where would he be today but for the powerful Jews in the music business who have so exploited him?

As the white upper-half of society hoards all the land and wealth,
to hide their greed, they publish garbage articles like this one.

Without these talented white men, you’d have been born in a mud hut.

The Croats killed off all of Tesla’s relatives. I wonder what Deer Musk has to say about that? Another cutesy tweet, I’ll bet.

I tend to agree on Virginia Roberts. At no time does she look anything other than absolutely delighted to be in Prince Andrew’s company. And the age of consent here is 16. She made bad choices. And she led others to make similarly bad choices. Most of us have done things we regret in retrospect, but part of maturity is owning those things and moving on. To her credit, her revealing the blackmail game of Epstein and Maxwell was a gift to the American people. Now they can see why their government makes such appalling decisions which are not in… Read more » 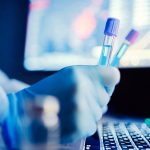