The first International Men’s Day was held as recently as 1999.  By contrast, the first International Women’s Day was held way back in 1911. While the latter receives plaudits, the former is generally scoffed at. Why should this be? Because the achievements of men don’t count. And neither do their pain or their suffering. To some extent, men are invisible. Nobody put this better than Hillary Clinton in 1998 when she said the primary victims of war were women because they lost their fathers, husbands and sons in combat.

We still hear a lot about the imaginary glass ceiling but no one who matters ever pays attention to the glass basement. According to official statistics, in 1900, the prison population of England and Wales was 152 males per 100,000 of population while for females it was a mere 27. At the time of writing it is 316 per hundred thousand for males and only 13 for women. In other words, for every woman in prison there are TWENTY-FOUR men. If there were a similar ratio for whites and blacks, what would the media call it?

As if that isn’t bad enough, there are some so-called women’s right activists who believe there should be no women in prison at all, whatever crimes they have committed, you see, it’s always a man’s fault. Think this is a joke? Here are a few examples. In January 1999, Kim Galbraith murdered her police officer husband, shooting him in the head as he slept. Then she burned the house down and pointed the finger at two imaginary fiends. When she was put on trial, she trotted out a cock and bull story about being subjected to years of sexual abuse. This flim-flam didn’t wash, but she had her apologists, including Laura Aitken of Scottish Women’s Aid. Galbraith was given the mandatory life sentence but in May, 2002 her murder conviction was quashed and a 10 year sentence for culpable homicide was substituted.

In August 2010, Sally Challen murdered her husband, bashing his head in with a hammer. She was back on the street in 9 years thanks to a campaign of lies.

In November 2014, Farieissia Martin stabbed Kyle Farrell through the heart; in March 2016, James Knight got the same treatment from Emma-Jayne Magson. The crimes were strikingly similar; both women claimed the victim had been stabbed by someone else. Magson actually sat and watched James die. Both were convicted of murder but after a spurious, contrived appeal, Martin’s life sentence was reduced to ten years. Magson did not fare so well; after her warranted conviction she had not one but two appeals. The first appeal resulted in a retrial; the second was frivolous in the extreme.

If you think that is bad, here is so-called domestic violence expert Alyce LaViolette testifying for the defense as an expert witness in the murder trial of Jodi Arias. There is by the way no credible evidence that Travis Alexander ever so much as raised a finger to Arias, yet LaViolette portrayed her as the victim.

The field of crime is just one of many in which men always get a raw deal compared with women. One more will suffice; in the UK, according to official statistics for the year 2021/2, 94% of workplace fatalities were of men. This figure can be extrapolated back in time and to all nations.

Check out the International Men’s Day website, and ignore the sneers of the Sisterhood. Men’s lives matter too. 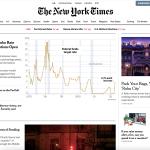 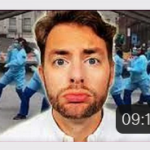