The United States is rapidly sliding from strength and nationhood to a Woke Dystopia of rampant and self-destructive Marxism and leftism. Nowhere is this more clear than the policy changes regarding illegal immigration across the nearly 2,000 mile border between the United States and Mexico.

For all of 2020, the Border Patrol and ICE apprehended some 90,000 illegal aliens crossing the border. In the first two-and-one-half months of 2021, the same agencies apprehended more than 108,000 aliens, a projected increase by a factor of four if extended through the entire year.

The Imposter, Joe Biden, caused this.

North Korea initiated its communication with the illegal administration by saying: If it [The U.S.] wants to sleep in peace for the coming four years, it had better refrain from causing a stink at its first step.

Further, the new Secretary of State Anthony Blinken reported that his office reached out to contact the North Korean administration for talks, but got no answer.

By contrast, the North Korean government under Kim Jong-un was eager to talk with President Trump, who met personally with the leader at the Demilitarized Zone on a special side trip. Why, then, has North Korea gone silent with Biden?

Probably because they know he is trouble.

While it is reported by the mainstream cover-up agencies (a.k.a. the press) that Joe Biden did squeak out a pathetic request to the Central American caravans, “Yes I can say quite clearly don’t come over … Don’t leave your town or city or community…”, the effect on such migration is nil.

The Imposter, Joe Biden, caused this.

He also killed thousands of jobs with his executive order revoking the permits for the Keystone XL pipeline project. CBS News reported on this, but apparently downplayed the number of furloughed people to as low as 3,900 from 42,000. The Imposter said these people could get “new, clean energy jobs” but the Imposter did nothing and apparently knows nothing about how or where those jobs will actually come from.

You see, the United States works by a blend of economics called laissez-faire capitalism, which generally works better when the government stays out of the way. While some measures of protection against unemployment are probably a good thing, the US Government has never been in the business of creating jobs or defining markets – that is until 2010 when Biden’s old boss, Barack Obama tried it with the healthcare system. The result? Medical billing and insurance companies made out like bandits, but doctors lost pay and patients lost both opportunities for care and reasonably priced health insurance coverage.

They are accepting that their Capitol building is sealed off from public access by huge fences (while the people who say walls don’t work are loath to take this one down), and, to date, more than five thousand National Guard troops are still guarding the facility from… you.

It is a mystery (though not a very good one), as to why the press, even President Trump, decried the  entry of the Capitol by thousands of demonstrators on January 6th. It is a mystery that no one notes that the United States Congress deserved to be not only accosted like this, but also even largely cast out, as congressional senators and representatives have largely abandoned their posts as representatives of the will of their constituents. Certainly any US Representative not following the wishes of his or her constituency ought to be removed from office. But they were not. The legitimate gripe and challenge to the 2020 election was worse than denied – it was ignored in a move that smacked of elitism.

What happened on January 6th certainly should not have been violent, but, if anything, the rise of concerned Americans against a government that is no longer “of the people, by the people and for the people” is a legitimate matter that has not happened yet.

What do we have?

Right now, we have a lot of GOP posturing. GOP House members grandstanded outside the sealed-off Capitol building by having a blame-a-thon of Joe Biden for his reversal of Trumpian border policy. They certainly said the right things, but one wonders if the American people even care. Indeed, it is far more impressive that Texas has taken matters into its own hands regarding border security than what anybody in Washington is doing.

GOP senators grilling crazy leftist cabinet picks makes emotional television, but what about the fact that those picks are a leftist’s sexual dream in large part, complete with perverts in positions of power? What about the fact that an America which was becoming truly great again, be it by fits and starts, has, with almost no resistance, been relegated to a bad example of a banana republic?

This situation appears to have moved beyond the possibility of being corrected through elections. Already, Donald Trump’s presence is faded, probably due to careful and deliberative effort by MSM outlets, and the debate about America’s direction is fading back to something that looks like politics as usual, though some of the names getting involved like Candace Owens, are notable.

One observation is that earlier in American history there was a real sense of how to make the Republic work – by knowing how it works, by knowing our history, why we are set up the way we are, who is the guarantor of our liberty (a hint: it is actually “Who”, not “who”), and also a recognized understanding of tyranny, which is why the United States came to exist in the first place. This knowledge instilled a sense of responsibility in the American people to make sure the government did the will of the people, and not something else.

The way the American republic works is when I as a citizen take responsibility for my part in it. This point leads to the next one, a point which is unpleasant to accept.

Joe Biden is causing a lot of crises. But we must face the fact that WE caused Joe Biden to be in the place to do this. The election was stolen, but we also also gave it away. We must examine ourselves for our own personal role in this.

In the movie The Patriot, Mel Gibson portrays a retired Contintental Colonel who at first will not fight. His response when questioned about the tyranny of King George III was witty and applicable: “Why should I trade one tyrant three thousand miles away for three thousand tyrants one mile away?”

He later comes to realize that fighting the faraway tyrant must be done, but with that brings the responsibility to make sure that we do not place ourselves in the hands of new local tyrants.

Yet this is where American stands now. Its people have placed themselves in the hands of elected liars who act like elitist tyrants. Very few are pure-hearted enough to be called actual representatives of the republic. For example, one may seethe at Nancy Pelosi or Chuck Schumer, but does anybody really believe the constituents who elected them hold the same exact views they trumpet? It seems doubtful. Yet, they remain in office because the constituency puts them there time after time, more from muscle memory than active discursive analysis of person and policy issues.

This revolution is brewing, and to give the American people credit, most of them do not want to resort to violence, even though many are very angry about what is going on. However, our wish to be “as we always have been” may be getting in the way of our efforts to restore America to her true vision. What needs to happen is some reflection on how all this works, and then action based on insights gained from that reflection. Hopefully, this piece provokes some thought in that arena.

Finally, we are in Eastern Orthodox Great Lent, and the Western church has been in Lent for several weeks now. While the purpose of these fasting periods is to look at the state of our own souls, the truth exists that as our nation was conceived in a conscious understanding of and obedience to God as the true Sovereign of our land, getting right with Him means we must also take action to make our nation right with Him. Maybe this period of reflection and prayer will bring some illumination to the ideas of what needs to be done, and how, in order that we can throw off the present tyranny in place – a tyranny that broke the United States asunder in order to get its power.

We are living in a soft totalitarian regime. Read the book Live Not By Lies for insight.

Nobody expected the USSR to collapse. It did and for a decade it was a disaster for many in the old USSR- buying power dropped by 40% for example. But things sorted themselves out and Russia is more capitalistic than the USA at the moment. It’s also far more conservative than the USA is now.
When put into that context if you have a bit of land to grow staple foods – you can make it through the collapse of the USSA

Ah now you have found out that the creepy, sleepy hair sniffer in chief is as useless as an ashtray on a motor bike. 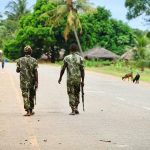 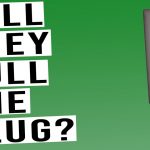