The Federal Reserve has created a stock market bubble. It was the intention all along of course. There has never been a time in which so much enthusiasm has been present while so many are struggling with basic essentials like food and housing. A grand disparity has formed and will always find it reverting to the mean.

Federal Reserve Chairman Jerome Powell said the pace of jobs growth is rising faster than many people expected, but it may take years before the economy has fully recovered. Powell spoke in a wide-ranging interview with NPR on Friday, hours after the release of the August jobs report, which said unemployment continued to drift lower, falling to 8.4%.

“The number of people in the U.S. seeing permanent job losses rose by about half a million to 3.4 million, the highest level since 2013. It points to the ongoing business closures, bankruptcies, and investment cuts across the country https://t.co/bh4b4ZjdMa https://t.co/UxPOmQkCc3” / Twitter

The number of people in the U.S. seeing permanent job losses rose by about half a million to 3.4 million, the highest level since 2013. It points to the ongoing business closures, bankruptcies, and investment cuts across the country https://t.co/bh4b4ZjdMa pic.twitter.com/UxPOmQkCc3

The unemployment rate is calculated by dividing the number of unemployed by the civilian labor force. Unemployment Rate = 13.550 million / 160.838 million = 8.42% Note that the reported headline jobs number today (+1.4 million) has nothing to do with anything. That is the establishment report number.

50% in U.S. Fear Bankruptcy Due to Major Health Event

50% in U.S. Fear Bankruptcy Due to Major Health Event

Story Highlights Half in U.S. now, vs. 45% in 2019, concerned about health-related bankruptcy 15%, including 20% of non-White adults, carry long-term medical debt Lowering drug prices a key voting issue for 35% of adults WASHINGTON, D.C. — Half of all U.S.

The story for much of the past generation has been a familiar one for the U.S. economy, where the benefits of expansion flow mostly to the top and those at the bottom fall further behind. Some experts think the coronavirus pandemic is only going to make matters worse.

3 September 2020, Rome – Global food prices rose for the third consecutive month in August, influenced by generally firmer demand and a weaker U.S. dollar, according to a report released today by the Food and Agriculture Organization of the United Nations.

America’s hotels are on life support this Labor Day

Labor Day weekend traffic might be a touch lighter this year, with hotel bookings down 65% compared to last year. Why it matters: America’s hotels are on life support as the coronavirus pandemic drags on, with hundreds of billions of dollars in revenue and some 2 million jobs at stake.

Venezuela’s oil industry-rich in reserves, a crucial Allied resource in World War II, a founding member of OPEC-is grinding toward a halt. Venezuela has greater oil stores than any other country. But after years of corruption, mismanagement and more recently U.S. sanctions, its oil output has dropped to a tenth of what it was two decades ago.

Car Sales Are Down Almost 20%, but Prices Are Setting Records – WSJ

Car Sales Are Down Almost 20%, but Prices Are Setting Records

Car shoppers hoping for Labor Day bargains may be in for a big surprise: This year, it seems, everything doesn’t have to go. Dealers this year are unlikely to offer the kind of blowout discounts typical of the holiday weekend, when they often seek to clear out older inventory to make way for the incoming model year, analysts and dealers say.

Apple Inc. shares continued their sharp slide in Friday trading and have entered correction territory. The stock fell 4.7% midday Friday, and has dropped about 14% from its Sept. 1 record close of $134.18.

‘Downbeat’ US executives dump most stock in a month since 2015

US executives sold $6.7bn of stock in their own companies last month, cashing in on a record-breaking market rally with the biggest burst of selling in five years. The dollar value of sales by 1,042 chief executives, chief financial officers and company directors in August topped any month since November 2015, according to figures compiled for the Financial Times by Smart Insider, a data provider.

SHANGHAI (Reuters) – China may gradually cut its holdings of U.S. Treasury bonds and notes, in light of rising tensions between Beijing and Washington, state-backed newspaper Global Times cited experts as saying. With Sino-U.S. relations deteriorating over various issues including coronavirus, trade and technology, global financial markets are increasingly worried if China would sell the U.S.

The Money GPS is the most active, most informative channel in the financial world. Day after day, breaking down the data and making it easy to understand. This channel is not here to help build a portfolio, give stock picks, or financial advice. It’s simply data that is generally not found through conventional means.The stock market has accelerated dramatically in 2020. We have seen some stocks perform better than others. The market is very bullish on equities. Investments are in an upward trend with interest rates so low.

IF China decides to ‘dump’ us treasury bonds, it will NOT dump all or a significant portion of them, China will likely dump 5 – 10% onto the market. China’s Samson option would be to no longer take us treasury bonds for payment. China will demand payment in Euro or Gold.
THAT will shake the economic world far more than the dumping of their bond holdings. 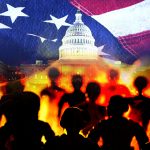