(Natural News) The results of the 2020 election are already locked in: Trump wins, and he goes on to dismantle the corrupt, criminal Democrat party that tried (and failed) to destroy America and replace it with a communist regime of left-wing authoritarian tyrants.

How does Trump accomplish this?

President Trump has a “secret weapon” that I’ve been talking about for several months in Health Ranger Report podcasts on Brighteon.com. Until recently, I didn’t know the exact nature of the secret weapon but was told by highly reliable sources that plans were already in place for Trump to defeat the Democrats and protect America from left-wing efforts to destroy this nation.

Now we’ve been able to confirm the content of this “secret weapon” that will be invoked to save America. It’s the Fourteenth Amendment to the Constitution of the United States of America.

The Fourteenth Amendment — see the full text here — speaks directly to the powers of the federal government in dealing with officials, individuals and states that are engaged in “rebellion” against the United States of America.

Specifically, the Fourteenth Amendment grants the U.S. President the power to:

In essence, the Fourteenth Amendment grants American citizens “equal protection” under law, but for public officials or states which are engaged in “insurrection or rebellion” against the United States, those equal protections are revoked.

The Democrats already know all this, which is why they are pursuing a plan of election chaos, hoping to throw the entire election process into mass confusion, from which they plan to attempt an illegal coup to eliminate Trump from office and claim political power over the nation.

Many Democrat-run states are already in open rebellion, aiding and comforting illegal insurrectionists who are attempting to overthrow the United States government

It should be rather obvious that at this very moment, California, Oregon, Washington, New York, Illinois and many other states are engaged in open rebellion against the United States, and that thousands of public officials within those states — mayors, governors, state legislators, police chiefs, etc. — are granting “aid or comfort” to the rebellion.

Under the Fourteenth Amendment, Trump merely needs to declare an insurrection, then he can have Mayor Lightfoot (Chicago), Mayor Wheeler (Portland), Mayor Durkan (Seattle) and even de Blasio (NYC) arrested and removed from office for violating their oaths of office. All those mayors (and many more) have taken an oath to uphold and defend the Constitution of the United States, but they have violated their oaths, and under the Fourteenth Amendment that means they have nullified their own right to equal protection under the law.

Because they violated the U.S. Constitution and actively engaged in rebellion against the United States, in other words, they no longer enjoy the benefits of protections under the Constitution.

In addition, President Trump can eliminate congressional House seats for states that support rebellion, reducing their apportionment in the House. This means the states’ Electoral College votes are also reduced, since those numbers are based on the number of House + Senate representatives for each state. This is based on the fact that these states are aiding the efforts of Big Teach to deny the rights of conservatives to participate in elections and voting, via politically-targeted censorship and voter suppression tactics now routinely used by Google, Facebook and other tech giants.

Section 2 of the Fourteenth Amendment specifically addresses voter suppression. It says that states which support the suppression of the ability of citizens to participate in voting will lose a portion of their own seats in Congress as well as Electoral College representation. Right now, the most overt and obvious voter suppression is being carried out by Big Tech platforms such as Facebook, Google, Twitter and YouTube, but similar censorship is also being undertaken by Microsoft, Apple, Vimeo and other tech giants. These companies are granted aid and comfort by numerous left-wing cities and states which often grant these companies property tax deferments and legal protections against legitimate investigations or prosecutions. In other words, states like California are actively protecting the Big Tech platforms that are suppressing voter participation via politically-targeted censorship. And this puts California in violation of Section 2 of the Fourteenth Amendment.

Furthermore, President Trump can arrest and imprison all state and federal judges who have granted “aid or comfort” to insurrectionists by, for example, releasing them without charge after they were arrested for participating in riots or assaulting law enforcement officers. This means all Soros-funded District Attorneys and anti-America judges who have supported the insurrection can now be arrested and removed from office in one fell swoop.

Remember that Democrat officials in Oregon, Washington, California, New York, Illinois and other states have overtly granted protections — and in some cases, actual funding — to Black Lives Matter terrorists. This means these officials are complicit in “rebellion” against the United States. Section 3 of the Fourteenth Amendment states that they cannot hold any public office, “civil or military.” Here’s the language: (emphasis added)

How long are they going to go on about this nonsense? The country is ruled by oligarchs and the only real question is which one of the two will be anointed President. Everything else is a distraction from what is going on.

I’m just a poor Jew whose parents were survivors of the holocaust. Have you no shame?

I’m just a poor Jew who told other Jews that they were just going for a delicing shower. I have no shame.

I’m just a poor Jew who has an aversion to Jews playing both sides of the coin.

In other words, this Fourteenth Amendment gives a president the power to become a dictator.

Only if the SC says so…

I suggest you proofread this article, you used the word “teach” instead of “tech”, please correct it asap 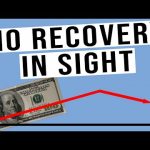