A recent article discussed how criminals of a certain type are being given carte blanche by progressive (read corrupt) district attorneys in states controlled by Democrats to terrorise the public. Here, we will look at people being punished excessively for trivial or even for imaginary crimes.

As usual, the main culprits are Democrats. One of the most outrageous examples of a victimless crime being punished was the so-called gay cake case, one that was strikingly similar to one in Northern Ireland  in which a homosexual spent seven years fighting for the “right” to compel a bakery to decorate a cake with a message that endorsed sodomy. Thankfully, he lost at the end of the day.

The American case took nearly as long to resolve.  The full judgment can be found here. It will be observed that the grandly titled Colorado Civil Rights Commission championed the case of the two homosexuals who demanded that the Masterpiece Cakeshop bake them such a cake. This was actually an attempt to force compelled speech on the company, something we have heard a lot about recently from Canada.

Sadly, that wasn’t enough for the degenerates who insist on shoving their perversion down other people’s throats. The same bakery was later sued by a transgender “woman” for a similar “offence”. The owner was fined for this, as a major homosexual website reported gloatingly. It is difficult to believe that within living memory homosexuals were a persecuted minority on both sides of the Atlantic.

This practice is known as lawfare, and is regularly used by Government agencies. The process is the punishment. Even if the person or company targeted wins, the costs involved can be crippling whether the prosecution is criminal or civil.

The persecution of Donald Trump and the people close to him is an obscene example of this. It is even more striking when one considers the way Democrats are let off, even for real and at times quite serious criminal offences. Let us start with Trump himself.

It is now acknowledged that the whole Russian collusion hoax was funded and pushed from the start by Hillary Clinton. People around Trump were then investigated, and anyone who made a statement to the FBI that was considered untruthful by the FBI would be charged with lying. This is known as a process crime, meaning one that was generated by the investigation.

The persecution of General Flynn was particularly outrageous while both Roger Stone and more recently Peter Navarro were treated like serial killers when they were arrested. Stone, who was charged with lying to Congress, was raided before dawn by heavily armed agents, and the media was tipped off to ensure his arrest was broadcast to the world.

Like Stone, Navarro isn’t a young man; he was arrested as he boarded a domestic flight and put in leg irons as well as handcuffs. Navarro has been accused of being in contempt of Congress, a crime for which he appears to have a valid defence. What though of Hillary Clinton? When she was Secretary of State she conducted US Government business using a personal e-mail address and a private server to evade freedom of information laws. She also managed somehow to transfer information from SCIFs onto the regular Internet. Any Republican who did this would have been charged, convicted, and sentenced to years if not decades in prison, yet she gets a free pass.

The Hunter Biden laptop and before that the Anthony Weiner laptop are both scandals. Weiner was married to Mrs Clinton’s personal assistant Huma Abedin. Somehow, a large tranche of official e-mails found its way onto the laptop he was using to sext underage girls. You couldn’t make it up.

Hunter Biden and his father have clearly been using the latter’s position for years to enrich the family with all manner of shady deals in both Ukraine and China, yet they get a pass. Donald Trump asked the Ukrainian leader to look into this, and he was the one who was impeached.

The list goes on, but without mentioning the demonising of parents who object to their young ones being indoctrinated with critical race theory or the even more insane gender theory, one scandalous case deserves mention. When the property of husband and wife attorneys Mark and Patricia McCloskey was invaded by a Black Lives Matter mob in June 2020, they not unnaturally feared for their lives, and defended themselves by showing firearms. The incident was filmed. And it was they rather than the mob who were charged. Thankfully, they were eventually pardoned by the Governor of  Missouri, but this case more than any other shows the Democrats’ true agenda which may be summed up in one word: tyranny.

‘A recent article discussed how criminals of a certain type are being given carte blanche by progressive (read corrupt) district attorneys in states controlled by Democrats to terrorise the public.’  They are George Soros Bought District Attorneys that are been used to accomplish, a 21st Century Bolshevik Coup d’état on The United States.  With Six Jewish Companies Owning up to 96% of the World’s Media, they are in an unprecedented position to brainwash gullible American people with Frankfurt School Critical Theory Theory and their demonic Gender Theory.  The Jewish supremacists have also been using Mossad agents like Jeffrey Epstein, to blackmail… Read more » 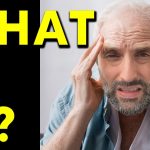 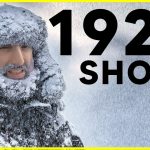