Even before the lunatics cheated him out of re-election, there were those in the United States who wanted Americans and the world to forget Donald Trump. As if. No sooner had he entered the White House than Joe Biden – or whoever is pulling his strings – set about attempting to undo the Trump legacy.  Almost anything Trump did, the new Democrat Administration sought to do the polar opposite, something that has been an unmitigated disaster for the vast majority of Americans. They opened the southern border allowing immigrants and bogus asylum seekers to literally pour in, only attempting to check the flow after sensing a coming public backlash.

The very first thing Biden did was scupper a major oil pipeline and the eleven thousand jobs that came with it. Trump supporters have been branded white supremacists, including black ones, and anyone who opposes the new Administration is in danger of being designated a domestic violence extremist.  Whether or not they succeed in making Trump disappear, they are half-way towards making their country doing so.

Finally, there are those who don’t disappear, only their bad acts do; these are either ignored by both the mainstream media and the authorities, or are simply played down. Probably the two most egregious examples of this are Hillary Clinton and Hunter Biden.

When she was Secretary of State, Mrs Clinton used a private server to hide her e-mails from freedom of information requests. For a public servant anywhere in the world, this is at minimum a sacking offence. She claimed to have been unaware of her legal obligations in this instance, an outright lie. The reason she hid those e-mails isn’t far to seek, she was influence peddling through her husband and their foundation. This was blatant corruption of the first order, but when Donald Trump raised the issue he was derided as a conspiracy theorist. Her other crimes are too myriad to be discussed here.

Finally, Hunter Biden was and is involved in a scandal so grotesque that even the most corrupt government on Earth wouldn’t tolerate it. If that government were not the American Government. The laptop from Hell was first covered up then excused by the Deep State – the one we are told does not exist – in particular the FBI. When it was brought to the attention of Rudolph Giuliani and he went public with it, John Brennan and forty-nine other apparatchiks denounced it as Russian propaganda.

Prior to that, when Donald Trump raised the issue of Biden corruption in Ukraine, he rather than Joe Biden was impeached. Biden has covered for his son remorselessly, even saying he is proud of him. Biden had an affair or at the very least a one night stand with a much younger woman named Lunden Roberts, who has been described as a stripper. She became pregnant and gave birth to a baby in August 2018. Hunter not only denied the child was his but claimed to have no recollection of even meeting her until a court ordered DNA test proved he was lying. Then it came out that she had actually been on the payroll of his consultancy. A man who treats a woman like that is beneath contempt, a wealthy and well connected man, even more so.

The latest Hunter Biden wheeze is an exhibition of his art, pieces being sold from $75,000 to anonymous buyers. If that isn’t money laundering, what is? Yet anyone who points out that obvious fact can be branded a conspiracy theorist, and even worse, the subject of a contrived FBI investigation. Ask Rudolph Giuliani.

The slippery slope into an American totalitarianism. Yes, they all begin like this.

Yes, we are slipping way past totalitarianism faster than you think. George Orwell could not dream of what we are about to see. Since September 11, 2001, the USA has become more like a police state. Australia, Canada, New Zealand are showing the same pattern. We are not prepared for the ‘total state’ about to be implemented with artificial intelligence in control, 5g making humans part of the ‘internet of things’ using the graphene nanoparticles introduced into our bodies through the Covid masks, swabs, and jabs. Linked into this matrix of signals we will be controlled by the insertion of… Read more » 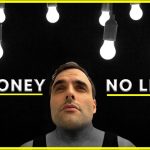 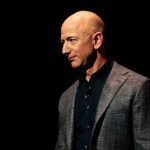