In April 1996, Stacey Stites was murdered at Bastrop, Texas. Two years later, the man who murdered her was sentenced to death. Not untypically for the United States, he has still not been executed after all that time, although he almost certainly would have been if he hadn’t amassed a large following compiled of ignorant idiots and intelligent liars.

On April 25, it was reported that the Supreme Court of the United States is to hear his latest spurious appeal. Last year, a judge rejected an attempt by Reed and his amen corner to be granted a new trial; it beggars belief that this pantomime should continue, especially when the lies and distortions are so great and the evidence against Reed so strong.

The two most outrageous claims being touted yet again are that Stacey was murdered by her then future husband Jimmy Fennell, and the non-testing of the murder weapon. Fennell was a suspect for the usual reason; whenever someone is murdered, relatives, friends, neighbours, workmates, acquaintances, are all suspects if only in a very general sense. Fennell wasn’t a good suspect though for whatever reason the people who investigated the murder moved Hell and high water to put him in the frame, but the chronology as much as the crime scene ruled him out.

Stacey Stites was strangled with her own belt which wasn’t tested for touch DNA. The Innocence Project, who are behind this appeal, know full well why this testing wasn’t carried out, but in case you don’t, DNA profiling was developed only in the 1980s when it was used to bring Colin Pitchfork to justice. The science has advanced considerably since then and has led to some spectacular convictions including of double murderer and ghoul David Fuller, but although Reed’s DNA was found on Stacey where he had literally drooled over her body, the belt was handled by many people during the investigation, and a decade later when it would have been possible to carry out such testing, it was clearly too late.

None of this will stop idiots like Kim Kardashian or liars like the Innocence Project from continuing to deceive the public aided at times by an uncritical press which fails to mention his other crimes, like the rape of a 12 year old girl and the attempted kidnapping and rape of Linda Schlueter, the courageous young woman ultimately responsible for bringing him to book, but here is a short video that sets the record straight.

Because this article was so poorly written, I decided to click onto its first link, hoping that it would more clearly indicate what it is about and what the current situation is that it purports to be referring to. And what I quickly learned there is that the article by the anonymous “TheDarkMan” is so prejudiced as to be SIMPLY ASSUMING that the convicted person, whose name is Rodney Reed, IS guilty and should therefore be executed. Having read, now, the article that was linked-to at this article’s first link, I see clearly that that simple assumption that “TheDarkMan” made… Read more »

It is interesting – apart from the guilt or not guilt in this case – how much our society has slipped into amorality and which cases like “me too”, “Floyd” and the like, are instrumentalized for it.
Protest movements are strangled (free speech – Assange) while others “defund the police” or “migration” are promoted with a lot of money.
When a movement is promoted one must ask in principle who is financing it.

TheDarkMan isn’t anonymous; the Editors know his identity and so can you if you click on the right link but I suspect that like another commenter a while back you are more interested in perpetuating stupid conspiratorial fictions than prosaic facts. I presume you are au fait with the concept of screennames. If you refer to my previous articles or the linked video you will understand why all jurists of reason believe this lowlife is a murderer and a serial rapist. Furthermore, there is nothing prejudicial in assuming the guilt of a convicted person, rather to continue to believe him… Read more » 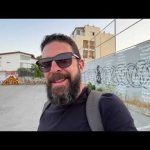