The economy is in bad shape. The media continuously reports how there’s a recovery. They used the recovery theme in 2009 and consistently repeated it all the way through 2019. It’s nothing but a joke. We are witnessing a complete disintegration of the global economy and for a specific purpose. The monetary system ultimately needs to be replaced and that’s exactly where we’ve been headed. Cashless society. Supranational control. And the madness of it all.

US unemployment drops to 7.9% but hiring slows pre-election

WASHINGTON (AP) – The final jobs report before Election Day a month from now showed hiring slowed in September even as the U.S. unemployment rate fell to 7.9% – a mixed result for President Donald Trump, who has staked his reelection in part on the economy.

Here’s where the jobs are – in one chart

The U.S. economy added fewer jobs than expected during September, a development some economists see as another sign the rebound from the springtime recession could be slowing. The Labor Department reported Friday that payrolls increased by 661,000, below the 800,000 estimate that economists polled by Dow Jones had expected.

Weaker-than-expected job growth in September sent a signal that the sharp economic recovery off the coronavirus shutdown may be hitting a wall. The Labor Department reported Friday that nonfarm payrolls increased by 661,000 in September, held back by declines in government employment and an exodus of workers from the labor force.

Apartment sales in Manhattan plunged by 46% in the third quarter, as homebuyers continued to flow to the suburbs and Florida, according to new real estate reports. There are now about 10,000 apartments for sale in Manhattan, which would be a record, according to Compass.

ASPEN, Colo.-Prices have gotten so high here that a $1.8 million home late last year was included in an affordable-housing lottery by the Aspen Pitkin County Housing Authority. That home has yet to sell, but plenty of others in Aspen have.

Since World War II, inflation–the apparently inexorable rise in the prices of goods and services–has been the bane of central bankers.

The economy is dealing with a different scenario from 2019, that’s for sure. The stock market continues to rise. The economy is not exactly the same situation. We have seen the jobs reports and the employment showing very interesting information. 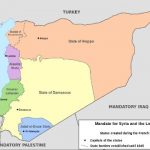 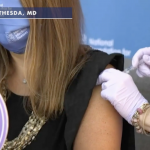