Eva Bartlett is a Canadian independent journalist and activist. She has spent years on the ground covering conflict zones in the Middle East, especially in Syria and Palestine (where she lived for nearly four years). Follow her on Twitter @EvaKBartlett

The plan, devised by the Canadian Joint Operations Command, relied on propaganda techniques like those used during the Afghan war. What on earth is going on in the upper echelons of Ottawa?

High-up elements of the Canadian Forces have been waging psychological operations on the public over Covid-19 to manipulate their emotions and thoughts, and to gauge their reactions. While this is not uncommon around the world, getting caught is.

A new article in Canada’s National Post states that the Canadian Joint Operations Command used “propaganda techniques similar to those employed during the Afghanistan war” on the Canadian public.

The Post cites a December 2020 investigation by retired Major-General Daniel Gosselin, who was asked to look into it by then-Chief of the Defence Staff General Jon Vance.

According to the article, the federal government was innocent and not aware of the plan – a claim I find unbelievable, considering the amount of gaslighting and knowingly pointless regulations the government has subjected Canadians to since the start of the pandemic scare.

The plan involved “shaping” and “exploiting” information, the Post noted, to “head off civil disobedience by Canadians” and “bolster government messages about the pandemic.”

Among the stranger aspects was scaring Canadians with stories of a wolf invasion.

This, according to the Post, involved Canadian Forces’ military information operations staff forging a letter from the Nova Scotia government warning about wolves on the loose, in September 2020.

The Post claims the letter’s release was inadvertent, and basically ran with the Canadian Forces’ claim that this was down to a few bad apples, reservists who “lacked formal training and policies governing the use of propaganda techniques.”

Canadian journalist Dan Dicks, who was among the first to report on and analyze the wolves story, noted at the time that it was a classic example of a psychological operation.

Dicks has also pointed out what the National Post omitted, highlighting:

“They created a fake letter from the government saying there are dangerous wolves, and they set up loudspeakers in the area, projecting out wolf noises. This isn’t just research, this isn’t just a training exercise, they’re actively engaging in this psychological operation to scare people using loudspeakers.

‘Psyops’, he noted, is a term used “to denote any action which is practiced mainly by psychological methods with the aim of evoking a planned psychological reaction in other people,” and they are “aimed at influencing a target audience’s value system, belief system, emotions, motives, reasoning, or behaviour.”

Canadian journalist James Corbett likewise commented on this at the time, pointing out how a rumour is floated to see how the public reacts:

“This entire coordinated campaign to convince an entire public of a threat that doesn’t exist, in order to test how they will react to that, what will the public respond to and how will they respond? That really speaks volumes to the world we are living in. And you really think they are going to do all of that, but they are never going to use that for any nefarious purposes?”

An article in the Ottawa Citizen noted at the time that Canada’s Department of National Defence claimed: “The fake letter wasn’t meant to be released to the public and an investigation is underway to determine how that happened. The letter was an aid for the propaganda training.”

The department also claimed to not know why the loudspeaker was set up to transmit wolf sounds.

I guess a member of the public who read the letter must have taken it upon themselves to set up the loudspeaker then, hey?

I suspect this Canadian doctor was a victim of this. 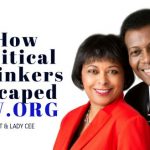