Well, does he? He did a couple of times in Genesis, like with the great flood and all that, then there was the time he asked some dude to sacrifice his own son, but apart from these rare exceptions, most of us expect that in an ordered Universe, the laws of Nature don’t change, and neither does the will of whichever deity we believe in. Therein lies the problem for the eight men in New York who claim to be the spokesmen of God on Earth, or Jehovah as they call him.

The origin and history of the Jehovah’s Witness cult has been thoroughly documented by many people, including journalists, historians, and most especially former members. The latter includes many people who are still documenting the lies and nonsense of the organisation from without, mostly on YouTube. Lloyd Evans runs what is  probably the largest dedicated anti-JW channel, while the husband and wife team of JT and Lady Cee currently have a shade over 32k subscribers. Like Lloyd, they receive regular leaks of information from disaffected members, and on September 30, they released information from an inside source that is likely to cause an even bigger haemorrhage of JW members than their failed prediction of the world ending in 1975.

Jehovah’s Witnesses were regarded as disloyal by the Nazis, which is why many of them ended up in concentration camps. Modern day Russia and China also persecute them. The main reasons appear to be their refusal to salute any flag or take up arms in war-time. One would have expected their declared pacifism to have ruled them out from such persecution, especially as they don’t involve themselves in politics either, but our masters don’t think like that. Although they are basically law-abiding folk, Jehovah’s Witnesses believe Jehovah’s law trumps any national law, but when it doesn’t, they must follow the latter. This includes bowing to vaccination mandates. Or does it? Well, as JT and Lady C point out on their ExJW Critical Thinker channel, according to an official Jehovah’s Witness publication from 1931: “Vaccination is a direct violation of the everlasting covenant that God made with Noah after the flood”.

(This quote has been verified and can be found here at page 293,  February 4).

That’s clear enough, isn’t it? A lot of things can change in eighty years; most of us were not here eighty years ago, and very few of us will be here eighty years hence, but The Man Upstairs is Eternal and Unchanging, right? Not according to an announcement from the Governing Body dated September 27. This restricted circular has been sent to the elders. Elders are not necessarily senior members of the congregation, but they are basically organisers, and because for all their faults, JWs are untainted by feminist ideology, they are all men.

Seriously though, as you may have noticed or even experienced, the authoritarian and at times brutal ways in which some governments have been treating their populations since the Covid-19 panic, has led to people protesting and rebelling on a large scale. Many Jehovah’s Witnesses also appear to be unhappy with this tyranny, and have been discussing it openly. The Governing Body’s circular has clarified their position on this, it is, in the words of JT: “Keep Your Mouth Shut” and get vaccinated.

This may not have the same repercussions as hospital staff  being sacked and police officers resigning en masse as is currently happening in New York and elsewhere, but it may fulfil the prophesy of Governing Body member Stephen Lett that we are living in the very last days of the last days…not of Mankind, but of one of the most transparently false religions of our time.

Well If he actually existed he should have already changed his mind about who he has put in charge of the corrupt world called Earth. But hey millions have knocked on the door and it hasn’t opened so one has to assume nobody is in.

Who said if there is a God, he has to be almighty? What if God, after creating the universe, is just not strong enough to open that door? What if he is using most of his energy to keep the universe physically in place, his communication with us comes out muffled, which is why there are multiple religions.

The JW’s have a right to practice whatever religion they think is “the one true religion” as long as they aren’t hurting anyone. Your knowledge and understanding of “God,” Christianity, the “Old” Testament and Jesus Christ is on par with most Christians, atheists and all the rest; not a lot to none at all. 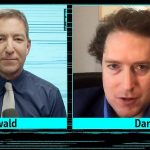 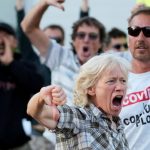