Ask any leftist about immigration and the inevitable answer will be it is good, so good that we need more of it, and only a racist would disagree, right? There is though a massive contradiction here; if immigration is so good, why don’t we all emigrate? If it is so wonderful, why are people leaving one country to move to another? And an even bigger question, why does nobody emigrate TO Somalia, or Sudan, or Zimbabwe, why is the traffic always and only one way?

The United States is currently being swamped by illegal immigrants thanks to the perfidy of the Biden Administration. Whether or not this is part of the Great Replacement or a cynical attempt by the Democrats to import millions of people who will vote for them, it can only be detrimental to the country. Nor is it always and only about race. Legal immigrants are preferable wherever they come from; to paraphrase Donald Trump, the clue is in the word legal. The Osundairo brothers were legal immigrants to the United States from Nigeria, and they would have been impeccable citizens if they hadn’t allowed themselves to be used by Jussie Smollett to pull off his ludicrous “This MAGA country” hoax.

Legal immigrants have talents, many have jobs, some are investors. Such people tend to vote Republican if they vote at all.

Since Biden betrayed his countrymen and opened the southern border, literally millions of people have crossed illegally into the US. These have included people on the terrorist watch list, crooks, sexual predators, and drug traffickers. Most of those who don’t fall into one of these categories are poor people, destitute, many don’t even speak English, yet when they arrived in New York after being shipped there by an angry Republican Governor, they queued up for and were given free accommodation, free healthcare, free food, even free phones.

Of course, if all these things were free, everyone would enjoy them wherever they lived. This free stuff will be paid for by the American taxpayer, but no need to worry, Biden will soon be hiring a lot more tax inspectors to make sure they do indeed pay.

Although the British Government isn’t behaving in quite such a treacherous fashion, it was reported at the beginning of this month that close to seven hundred migrants (illegal immigrants) were crossing the English Channel from France every month. This figure has now reached a thousand. These bogus asylum seekers are overwhelmingly young men. They too are being housed on the public dime.

When Uganda expelled its Asian population in 1972, over twenty-seven thousand came to the UK. Many of these were business people, so much so that on May 18, 1981, THE NEW STANDARD reported a prediction by the managing director of the Spa supermarket chain that more than half of Britain’s independent grocery stores may be owned by Asian shopkeepers in 5 years. The Asian corner shop has long since become a cliché. The illegal immigrants who continue to flood into these islands have more in common with those massing on the US southern border than the Asians expelled by Idi Amin.

Contrast this with China; for all its faults, the Chinese Government does not tolerate illegal immigration and does not allow foreigners to prey in its citizens (apart from Hunter Biden). There are foreigners living in China, including Westerners, but they make up a tiny percentage of its more than 1.4 billion people. Apart from tourists, foreigners who live in China must have legitimate reasons and contribute to the nation. China isn’t an isolated example. In 2017, there were nineteen thousand applications for asylum in Japan. A mere twenty applicants were successful. It is time for the United States, Britain and the rest of Europe to ignore the left’s incessant whining about racism and follow in the footsteps of these two great Asian nations. While there is still time.

You got that right! Nothing guarantees that humans are a successful evolutionary experiment. Perhaps we are a dead end. We are stuck in Evolution 1.0 (random and uncontrolled breeding) and unless we move on it will not end well. Sorry, but the “bleeding heart” mentality is a recipe for disaster, and Mother Nature takes no prisoners.

“There is nothing more frightful than ignorance in action.” – Goethe, 1826.

If we think we can just ignore genetics and everything will turn out fine, we are living in La La Land. 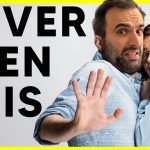 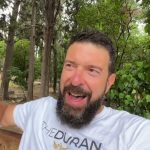