The GDP numbers came in and my goodness they were fantastic. I mean, who could deny the best numbers ever in the history of the US? Except there’s just one problem, they’re coming off of the worst numbers in history, the fact that the government expenditures were the most ever in such a short period of time, not to mention the GDP itself is a failed statistic to begin with. Can they pull back all stimulus now that everything is apparently fantastic in the economy?

Coming off the worst quarter in history, the U.S. economy grew at its fastest pace ever in the third quarter as a nation battered by an unprecedented pandemic started to put itself back together, the Commerce Department reported Thursday.

Record-breaking GDP growth leaves U.S. economy in the same place as the height of the Great Recession

Record-breaking GDP growth leaves U.S. economy in the same place as the height of the Great Recession

America just posted its biggest annualized and single-quarter GDP growth of all time. It isn’t that impressive. The U.S. GDP jumped at a 33.1 percent annualized rate in the third quarter, a growth of 7.4 percent from Q2, Commerce Department records released Thursday reveal. But as Gregory Daco, the chief U.S.

The European Central Bank hinted at more monetary stimulus on Thursday, as the two largest economies in the region prepare for a second national lockdown. The bank decided to keep its rates and wider monetary policy unchanged, but suggested that additional policy action in the euro zone could come as soon as December.

The European Central Bank (ECB) is the central bank of the 19 European Union countries which have adopted the euro. Our main task is to maintain price stability in the euro area and so preserve the purchasing power of the single currency.

(Reuters) – Exxon Mobil Corp said on Thursday it could cut its global workforce by about 15%, including deep white-collar staff reductions in the United States, as the COVID-19 pandemic batters energy demand and prices. Exxon and other oil producers have been slashing costs due to a collapse in oil demand and ill-timed bets on new projects.

Amidst the excitement of newly-announced reimagined Walt Disney World entrances, even more devastating news of layoffs continues to surface, with thousands of Cast Members now impacted by yet another wave of layoff emails, part of the already-announced 28,000 Cast Member layoffs affecting domestic Disney Parks employees.

News about the massive layoffs coming to Walt Disney World continues to roll in, and this time, it’s hit some of the most important maintenance workers at the resort. Carpenters Local 1820 has announced that Disney plans to lay off 184 of its members across 19 different positions, including mechanics for the many cars and buses used around the resort, welders, carpenters, and support for the parks’ parades.

Beverly Hills luxury retail mecca Rodeo Drive will be closed to cars and pedestrian traffic on election day and the day after, a move the city’s police chief calls a “proactive approach” to possible protests. Beverly Hills Police Chief Dominick Rivetti said his department would go on “full alert” and that businesses might choose to close down or limit operations.

The financial system has seen more economic stimulus which has helped artificially get things moving again. Stocks have been pushed higher in recent months. More money and debt is flowing into equities, stocks right now.

“In your opinion, will 2021 be a BETTER or WORSE economic situation globally?” 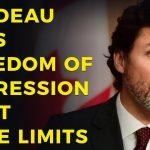 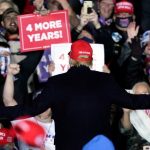