In a recent vlog, the historian Simon Webb pointed out that so-called diversity in recruitment and hiring can have negative or even serious implications for public safety, particularly when it comes to recruiting women for positions that may involve such things as physical confrontations with violent individuals.

He pointed out that Seattle Police Chief Carmen Best, who resigned recently due to the insane policies of her controllers, had ordered her men to stand down during the Chaz/Chop fiasco. He was wrong for blaming her for this, for one thing she was clearly not an affirmative action hire, and held her post on merit. More importantly, in the United States, local police chiefs do not have the same authority as chief constables in Britain. In any case, there have been many instances here in which the police have handled rioters with kid gloves or even allowed them to run rampant. The recent outrage in Bristol in which angry mobs of leftists including a few blacks tore down the statue of Edward Colston is one such example. Nevertheless, promoting women just because they are women often has negative consequences, and putting them on the frontline of policing can be bad for the public and bad for them.

In his next video, Webb pointed out that the minimum height for police officers was five foot ten inches; in Nottingham, it was six feet. After the ludicrous Macpherson Report, these requirements went out of the window.

The above photograph appeared in the Swindon Advertiser eleven years ago; it shows Sue Day of Wiltshire Police, Britain’s shortest police office at four foot ten. She said being so small was an advantage when dealing with distressed children, and:

“Also I’ve patrolled the town centre on a Friday and Saturday night. Some may have had a few too many to drink and got a bit rowdy and again I’ve walked into the middle, pulled people to the side, stopped and talked to them and defused it that way.”

The former claim may be true. Indeed, there is no reason the police shouldn’t recruit the odd paraplegic for desk jobs. The latter claim…at one time there was a belief that a woman police officer or prison officer who intervened in a confrontation was better equipped, because even hardened thugs would baulk at hitting a woman. Sadly, that is no longer the case, as the long list of assaults on and occasional murders of policewomen show.

Nowadays too, women are definitely more violent than they used to be, in spite of the apologetics that are trotted out every time a woman seriously injures or even murders especially a man.

More importantly, increasing diversity necessitates lowering fitness standards, be they standards of physical fitness or fitness for purpose. Lowering standards for the military, and in particular elite forces, can be disastrous. There are indeed some women who can do it better than men and in heels, notably Tulsi Gabbard, but most women can’t. While Russian and Chinese elite forces are recruiting only the most physically superior and psychologically hardened of men, the United States is taking political correctness to absurd levels. Women do not belong in the military; neither do men, alas, there is really no option but to employ the latter.

Increasing diversity in other fields can be even more dangerous for the public. This article from April last year points out how standards have been declining in medical schools. If you were to undergo open heart surgery, wouldn’t you want to be operated on by the best in the field rather than by someone who barely made the grade? And here is an even more frightening article from three years ago by the late Walter Williams. Diversity in air traffic controllers – are they serious? This is a profession in which a simple mistake can potentially cost hundreds of lives; the idea that the screening, hiring and training of air traffic controllers should be dictated by any criteria other than the safety of the public is too absurd for words. Welcome to Biden’s America. And, sadly, to all Western nations.

Reminds me of the absurdity of United Airlines announcing that they’re opening a pilot training school and that half of the graduates hired will be from disadvantaged backgrounds or minorities, all in the name of diversity.

This is the type of job that only the best should be chosen for because hundreds of people lives are at stake. I don’t want someone flying the plane that I’m on who passed the grade but was at the bottom of those passing.

I’ll never be flying United again as a matter of principle. To United I say: Go woke, go broke! 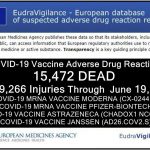 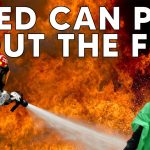