In this context we are not alluding to scams – send us a $50 registration fee, that sort of thing – but to real jobs that are useless, that contribute nothing to the economy or anyone else except the people so engaged.

In November 2011, Chelsea Clinton was hired by NBC for what turned out to be a no-show job at a salary of $600,000. Hunter Biden’s lucrative sinecures are legendary, although you wouldn’t think so if you relied on the mainstream media. This latter can better be filed under corruption, but there are doubtless many politicians, Republicans as well as Democrats, who arrange well-paid but useless postings for their offspring, and doubtless many are “paid off” themselves when they leave Congress or whatever Parliament they sat in.

The voluntary sector is full of useless jobs and useless organisations. Take a gander at this recent advertisement from a UK website. This is for a charity called Womankind Worldwide which for the year ending March 31, 2021 had an income of £6,275, 486, and spent most of it.

This outfit espouses intersectionality (feminist garbage) and celebrates LBTQ+ rights within the women’s movement (lesbians), but what does it do, more to the point, what does the successful job applicant do?

Well, according to the advertisement, the Trusts & Foundations Manager (shouldn’t that be Manageress?) will inter alia “support Womankind’s organisational strategy: Our Feminist Future 2022-2030, the trusts and foundations strategy aims to build multi-year funding relationships and increase the level of flexible or unrestricted funding in the portfolio. The activities of the trust and foundation portfolio should align with Womankind values of Feminism, Partnership, Inclusion, Transparency and a Commitment to Learning, and the principles as set down in our Funding Charter and Womankind’s anti-racism and decolonising goals.”

Translated from feminese that means write begging letters to grant-making trusts and foundations. And brainwash women worldwide. As for its decolonising goals, black Africa has been totally decolonised; look how that turned out.

Funding for this outfit includes two Government grants of £614,223; four of its staff are paid £60k or more a year. Nice fake work if you can get it.

That job advertisement appeared on a website called, Diversity, in case you didn’t notice. Diversity consultants are some of the most lucrative (and damaging) fake jobs on offer, especially in academia. If you are an American citizen and ever wondered why education is so expensive, wonder no more. To take just one example, the University of Michigan has a Chief Diversity Consultant who is paid a salary of $227,400. For doing what, exactly? Like how did universities survive without them in the 1950s when Thomas Sowell was studying at Harvard?

But it doesn’t end there, the University has an entire office devoted to this flim-flam including a Sexual Assault Prevention And Awareness Center, which includes an LGBTQ+ Peer Led Support Group. How could it not?

Local government is a hotbed of fake jobs. Similar to this is the practice of featherbedding which entails hiring more staff than necessary. This is a way of compensating worker for low pay or boring work, but just because there is or appears to be a surplus of staff doesn’t mean there are too many. Some people are paid simply to be there; firefighters are a classic example. Better to have too many than none at all, just in case.

Finally, a great deal of unnecessary work is generated by bureaucracy, in national government and NGOs as well as local government. One of the reasons Donald Trump was so hated by the Deep State was his shredding of controls, as can be seen in this short video. This was far from a new idea. Back in 1993, the British Government Minister Neil Hamilton did something very similar. He said at the time that the Lord’s Prayer had 59 words; The Ten Commandments had 290; the American Declaration Of Independence, 1,325; and the EC directive on the import of caramel, 26,911. 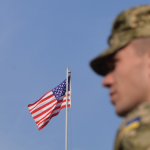 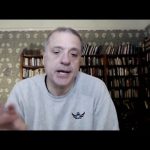