How close are we to total enslavement? Closer than you think. Your future enslavement will not only be total but permanent because of new technology. All that is needed is the pretext to use it. The United States is currently almost a one party state, one in which Democrats and their fellow travellers are immune from prosecution whereas Republicans are prosecuted to the full extent of the law and then some. If you think this claim is over the top, consider the following examples which could be expanded manifold.

The harassment and persecution of Donald Trump during his Presidency and ongoing. None of the key actors in this insurrection have been prosecuted, and the minor ones have suffered little if any sanction. On the other hand, Trump allies Roger Stone and Peter Navarro to name but two were treated like serial killers. Navarro, a man in his seventies, was put in handcuffs and leg irons for refusing to answer a subpoena.

Hundreds of Trump supporters were arrested following the invasion of the Capitol, an admittedly disgraceful event wilfully mislabelled an insurrection. On the other hand, the real insurrection following the very public death of George Floyd was dismissed as “mostly peaceful” protests, including the attempt by the mob to storm the White House.

We have seen leading Democrat politicians including Maxine Waters and Chuck Schumer literally incite violence against both Republican politicians and Supreme Court judges, the latter in anticipation of the overthrow of Roe v Wade. The White House press secretary refused to condemn the protests outside the homes of these judges, even though such protests are illegal.

The pretext for your enslavement will be something called equity. Equity means socialism, a totally planned society controlled from the top down. And with equity comes diversity.  Unless there is diversity, we are told, the system is unfair, systemically unjust, This applies especially to race and sex. If only ten percent of senior politicians and management are women, that is because of sexism and misogyny. The people who push this garbage, overwhelmingly feminists, aren’t bothered with imposing quotas lower down the food chain. If close to a hundred percent of refuse collectors, navvies and fishing boat crews are men, so what?

Even worse than this ludicrous feminist propaganda is what is being peddled about race. Ibram Kendi is the high priest of this nonsense. Here are his demands to bring about racial “equity”.

To fix the original sin of racism, Americans should pass an anti-racist amendment to the U.S. Constitution that enshrines two guiding anti-racist principals: Racial inequity is evidence of racist policy and the different racial groups are equals. The amendment would make unconstitutional racial inequity over a certain threshold, as well as racist ideas by public officials (with “racist ideas” and “public official” clearly defined). It would establish and permanently fund the Department of Anti-racism (DOA) comprised of formally trained experts on racism and no political appointees. The DOA would be responsible for preclearing all local, state and federal public policies to ensure they won’t yield racial inequity, monitor those policies, investigate private racist policies when racial inequity surfaces, and monitor public officials for expressions of racist ideas. The DOA would be empowered with disciplinary tools to wield over and against policymakers and public officials who do not voluntarily change their racist policy and ideas.

Did you digest all that? Kendi wants a new amendment to the Constitution, one to which all other amendments and all policies will be subjugated. He wants a new department staffed by so-called experts – people like him – to run it. They will not be elected and there will be no oversight.

Notice what he says about racial disparities:

Racial inequity is evidence of racist policy and the different racial groups are equals.

Says who? Although a relatively young man, a few years ago he was diagnosed with cancer of the colon, a condition that is fatal if not treated promptly. Kendi displays his scar from this operation proudly. But where did he go for treatment, to an African juju man, or did he instead trust in the White Man’s magic?

It would be interesting to see how changing “racist policies” would affect medicine and engineering. One can play these sort of stupid statistical games with the social sciences, but when people die due to incompetent doctors, or when planes start falling out of the sky, there are big problems ahead.

And what about the black members of the point one percent? Is their wealth to be confiscated and “redistributed” to welfare queens in Watts or the white inhabitants of trailer parks? And how would this be done? The easiest way would be to abolish cash and for America, indeed the entire world, to switch entirely to digital money.

If you think that idea sounds too futuristic, the future is already here. And even worse, the new digital money would be programmable. Take a gander at these proposals. Even before the covid pandemic, the use of digital money and debit card transactions was on the rise. This new system would allow your government and eventually the United Nations to control the finances of every human being on the planet. Your new masters would know where you are, exactly how much money you had, where you spent it…and what would happen to dissenters?

Ibram Kendi has already told you: racist ideas by public officials will not be permitted. Nor by anyone else. So you won’t even be allowed to ask questions on this subject or to suggest reasons other than so-called racism to explain why there are so many black men in prison. Indeed, you won’t be permitted to ask verboten questions on any other subject, like where did covid really come from, who really won the 2020 election, and are trans women really women or simply dudes wearing dresses?

The NATO bombing of Yugoslavia, the Second Chechen War, the War in Afghanistan, the Russo-Georgian War, the Syrian War for the Greater Israel Project, and today’s war in Ukrainian between NATO and Russia are all interconnected. They have been used to weaken Russia both Economically, Politically and Militarily, with the purpose of the latter to economically collapse Russia, as was the purpose of the Soviet-Afghan War.  But most so called Political Scientists and Journalists, can’t see the wood for the trees, and should ask themselves why their has been a generation of wars against Russia?  Russia stands in the way… Read more »

Absolutely right. America is becoming a nuthouse run by the worst inmates. And the races and sexes are not equal. Anybody who says they are either is a liar or has serious mental deficiences. Maybe it’s time to make dog breeding illegal. Those who engage in it are “Breedists.” Can you imagine what breeding German Shepherds does to the psyche of Mexican Chihuahuas” Poor things. 🙂

“Ibram Kendi has already told you: racist ideas by public officials will not be permitted. Nor by anyone else.” To make sure everyone gets equitable treatment, “numbers” will have to be used; there will be mathematics and statistics applied to categories, based on race! It’s impossible to assure racial equity without taking race into consideration. But the point is the unchallenged imperial authority. If the populations have been conditioned adequately, the system may work for a while, whether long or short. If the populations are not ready for it, it would take force to implement. So there would be two possible outcomes,… Read more » 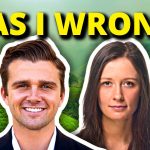 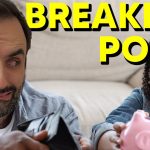