This saying is well known by now among many of my readers, who are certainly very familiar with Patriotic Conservatism, be it know by “MAGA” or “Trump Conservative” or “Christian” or many other names. Who would have thought that being woke also means you are weak, wimpy, wussy, and otherwise utterly washed up on all other fronts besides political and financial?

Well, it is apparently a Law of the Universe, as America’s newly minded Woke Olympic Women’s Gymnastic team got completely owned by contestants from the Land of REAL women (I am married to one, so I know of what I speak) from Russia.

This is not the first loss.

The US women’s soccer team recently got blown out 3-0 by Sweden, after taking the knee to BLM.

In this more recent set of events, Simone Biles, lauded as the best gymast in the world of all time, got off to a very rough start indeed. Fox News reported:

“It wasn’t an easy day or my best but I got through it. I truly do feel like I have the weight of the world on my shoulders at times,” Biles wrote. “I know I brush it off and make it seem like pressure doesn’t affect me but damn sometimes it’s hard hahaha! The Olympics is no joke! BUT I’m happy my family was able to be with me virtually. They meant the world to me.”

Biles finished her round first in vault and first in the all-around competition, but those were the only categories she was tops in at the end of the day. She was eighth in the uneven bars, third in the balance beam and second in the floor routine.

The 24-year-old top gymnast fell all the way off the mat following a tumbling pass on her floor exercise. She then took three major steps back on her dismount. She will be in contention for the major events and will have a helping hand in how the team finishes.

But that is not all. Now the US woke basketball team has lost to France, breaking a twenty-plus year winning streak. The coach of the basketball team was the head coach of the NBA, but listening to him grouse about how awful and racist white people are and how ashamed he is of the nation – it is absolutely no wonder his team lost. Why would they even want to win? This is now the third incident of what looks like a real pattern developing.

Is there really a connection between wokeness and physical wimpiness? Probably not. However, the fact that woke athletics seems to be getting met with great disdain in the United States and all around the world is surely a sign that the rest of the world is still a bit more sane than to believe everything is about race.

In my previous piece “How I came to realize I am a racist” I put forward an idea that is not new, but I hoped to make a point in a truly aggravating way. I probably failed. But the point is this: African-American blacks are an inferior race. We know this because they themselves maintain that this is so.

Indeed, wokeness is much like someone who is a chronic drug user going around telling the rest of the world that they must accomodate the crazy desires of the addict, because the addict is a “special case” and “cannot be expected to function in society to the same expectations as everyone else who is not an addict.”

This, of course, is absolute madness. What is even more maddening is that so many in the sports community have bought this line. Maybe there is something missing in these people’s brains. After all, in Marching Band we used to make fun of the football players as being fundamentally cretins with no brains. Maybe we were right. 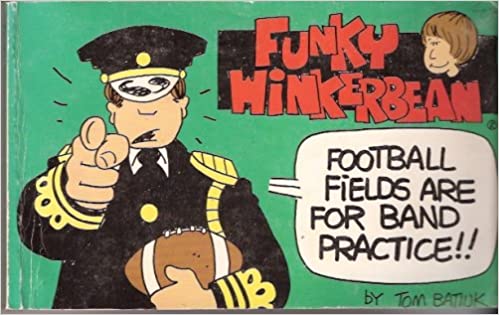 At any rate, President Donald Trump hit the nail on the head as usual when he declared that woke-ism is essentially really, really bad for you.

While this is just fun political rhetoric by most standards, the President has a point: The sporting community has somehow gotten really behind this whole charade of grievance politics with African-American black people as the focus in the role of Chief of All Victimized people. This is a poisonous ideology, no matter what “aggrieved” group adopts it, and trying to swear fealty to such a viewpoint of “I cannot do what you do so pity me” probably does have an affect, even to the levels of physical strength and edurance.

One former feminist (another “aggrieved” group of people), who miraculously got better, wrote an explanation to me about this. While I cannot quote it exactly because the letter has been lost, I believe I can recreate it to a fairly accurate extent. It went something like this:

For feminists, the idea that their sex is discriminated against is an incredibly attractive idea. Once they adopt this notion as true, they see evidence that supports its truth, everywhere. For them, everything becomes about sexual harassment or discrimination, whether or not that harassment or discrimination actually takes place (it usually does not). But because the feminist sees it everywhere she goes, and in all her interactions, she is fundamentally trapped in self-delusion, and it takes a great deal of help to get her out of this way of thinking. Many people never leave it their whole lives long.

Woke-ism, and grievance politics are very dangerous, precisely because the lead to this pathos, this sickness of the mind, soul and body, and it literally turns otherwise very able and talented people into losers and complainers and blamers.

Perhaps that is what we are seeing in our Olympics this year.

President Trump made another great point about this: When woke American athletes lose, the American fans normally cheer – because most of us still appreciate championship sporting events to show the best of the best – not only in physique and ability, but of mind, body and soul. Acting like a whiny victim is just not popular, and indeed, it is amazing that the sportsmen and women in the US even give this no-win philosophy any energy at all. It is no wonder that they lose, when their attention is on “whining” the game, instead of winning the game.

Wokeism is destroying America and I don’t see any way to come out of it until the Country hits rock bottom.

always is the american way all the way to the gutter before you get woken , then, payback is a bitch

African Americans are doing their best to create racists where none existed.

The best comment came from an African American man who said it’s all about choices they make in life and that is the main problem. Having multiple children with different fathers where there is male role model in the household, dropping out of school etc. All of this is blamed on whites and slavery. Yes slavery was a horrible fact of life but you cant go on putting all your problems on that. Today there are many government/private programs to help the African Americans but the problem is many will not get off their backsides and help themselves. Its easier… Read more »

the worlds tallest building is NOT in Israel.

Helga I. Fellay
Reply to  NobodySAIDboo

If the size of buildings had any significance, your statement might perhaps make sense. But it’s the wealth and the utter ruthlessness of the person on the top floor of that building that matters, regardless of how tall that building is. And that is indeed in Israel.

”Patriotic Conservatism, be it know by “MAGA” or “Trump Conservative” or “Christian”””

right then. because nothing says ‘christian values’ like trump and family and assoc.

Must have taken away their Therapeutic Use Exemption Dr notes for Ritalin and other add medications. HAHA, Biles Bile is was and always will be a fraud in my eyes.

I remember when the US Olympic team was All powerful,dominate in track and field,as well as giving the Russian gymnastic team a run for their money,and were either equal or better,Simone Giles represents the New era of weakness and the lack of understanding of”,The glory”you bring to your country,in Ancient Greece a great athlete had free food for life,in modern times it’s the choice of any top job,in what ever field you chose.Simone Giles is supported by the sjw woke community,when she said she was protecting her mental health,and the cry from these woke people is that she is only… Read more » 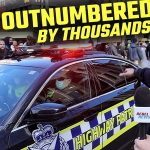 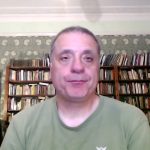