Just yesterday we covered how Woke sports is utterly backfiring on the US Olympic team. We highlighted how Simone Biles, heralded as “the greatest gymnast of all time” along with the US female gymastics team, that also being “the greatest athletes in the whole world” lost to Russia in the qualifying round. The Best Gymnast In The World had several poor moves in her routine, including a failure to complete a “Yurchenko Vault”, and a rough landing in which spectators saw her knees buckle and making her lurch forward in reflex, though she did manage to keep from falling.

The Russian team outscored the US team, and though both teams are still to compete in the final rounds, the loss was apparently devastating to Simone Biles.

She announced Wednesday that she is dropping out of the Olympic team.

There are two “official” explanations being given. One is an unspecified “medical” issue, but queries on this only gave the answer that the medical issue is “not injury related.”

A further bit of detail from her coach said that the problem actually is “a mental issue [Biles] is having.”

Ordinarily, an Olympic star having a problem like this might be very reluctant to withdraw unless the physical issue is so bad that they literally cannot compete. In such a case, the response from fans would be to cheer him or her on and wish them a great recovery. “You’ll be back next time! and win!” would be reflective of the spirit of national pride and competition in prior years.

But not this time.

This time the response is extremely different, while giving the appearance of being the same. In our strange woke American sports culture, the nation the team is competing for sucks, to win for that awful nation is no source of honor, no national pride and hence, why would the athletes give their best to do so?

Further, this particular gymnast spent a lot of time lauding Black Lives Matter and reviling her nation for “systemic racism” (which is false, at least among white people – though maybe our black brothers and sisters ought to take a serious look at themselves). She was championed in this bizarre notion of “winning one for Black Lives wokeness” but failing to do so.

Now, she is cheered on for her “courage” in withdrawing from the games due to a “mental” issue.

One follower praised Biles for her tweet, posting, “This is the best update we could possibly see. You are a damn hero, and I don’t know that I’ve ever felt prouder as a gym fan since the ancient days. The script you’re re-writing will empower literal millions.”

In earlier times this description would be ridiculed. Since the mental issue is not defined, one can only wonder what it is. However, what we are seeing is amazing: the celebration, not of mediocrity, but of failue, uselessness and being once again, a victim of something.

Michael Knowles makes the point in this video above that Ms. Biles is not a particularly outstanding figure for her attitudes and actions, but rather that she is simply representative of her generation. That generation does not know personal responsibility, hard work, no excuses, but they do know precisely what she herself can be seen saying in the video clip “we should be out here having fun…”

This is a far cry from those Olympic athlete stories of PAIN, agonizing workouts and practice, blood, sweat and tears, for the glory of not only the athlete, but more, that the athlete’s victory is the glory of his or her nation.

This is probably why the Russian team, though this year competing as the “ROC” because the national team got expelled for alleged “doping” issues, is still competing. In one way of another, the Russians will not be shamed out of this. They have a sense of national pride to protect and nurture.

The natural tendency I go to in my own thinking is that the “mental issue” is really code for “she cannot accept that she lost.”

Such a notion fits the type of people that woke wimps usually are. Anyone who prefers to be a victim in life tends to display such broken characteristics in their personality, and this is a true tragedy. However, it is the kind of tragedy it is very difficult to have any pity for.

The fact that people are expressing pity is either a sign of their own delusional thinking, their fear of being impolite and saying what they really think, or that these people are also victims of Life, and they actually think and respond the same way that Ms. Biles would be (if this assessment is accurate.)

To be fair, there may be some other really awful thing going on. In whatever case, we wish Ms Biles the best and that she finds her way to a way of life that espouses truth instead of woke fantasy. As President Trump stated, wokeness makes you delusional and warped… Well, let’s watch him say it:

Acyn on Twitter: “Trump: Wokeism makes you lose, ruins your mind, and ruins you as a person. You become warped. You become demented. The US Women’s Soccer team is a good example of what’s going on… pic.twitter.com/SSPdgp8unu / Twitter”

Trump: Wokeism makes you lose, ruins your mind, and ruins you as a person. You become warped. You become demented. The US Women’s Soccer team is a good example of what’s going on… pic.twitter.com/SSPdgp8unu

Re: “Since the mental issue is not defined, one can only wonder what it is. However, what we are seeing is amazing: the celebration, not of mediocrity, but of failue, uselessness and being once again, a victim of something.” Sorry, but I find that statement hateful and unjustified. For one, the expression “mental issue” reminds one of insane asylums and mental illness. How about calling it what it is: an emotional response to something that many olympians have experienced when competing on the Olympic stage with all its hoopla. Add to this that the pressure the US puts on US athletes is… Read more »

Jpen
Reply to  Helga I. Fellay

1) Russia is competing so your argument is invalid.

2) Russia was caught doping by the OLYMPIC board which is an intl agency, not American.

3)facts don’t care about your feelings; you feeling ways about how it is doesn’t change the raw fact that she is a wimp, she cared not about winning (sorry dipshit, that’s what sports are about, winning) but cared about getting on the team.

4) you’re kind of a wimp yourself.

Helga I. Fellay
Reply to  Jpen

Russia is not allowed to compete. Russian athletes are allowed to compete as individuals. But there is no Russian flag or Russian anthem allowed when they win gold. The US is just as good at doping as others. And, Jpen, when people resort to personal insults and ad hominem attacks, it’s always a sign that their arguments don’t have a leg to stand on.

I think your right on. Her mental problems lie in her wokeness. She quit because she did poorly. If she walks away she has an excuse for failure. We have too many victims and not enough grateful Americans. We erect statues for predators. They are victims after all. No statues for policemen though. Wokeness is idolized and Righteous living is demonized. The country is in serious trouble. The Olympics were at their lowest viewing . Hmm wonder why. The woke crowd has ruined sports for millions of americans. 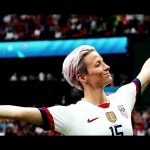 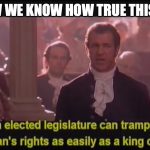