Dr. Steve Turley reports on how Biden the Imposter just helped Vladimir Putin become the guardian of the planet.

It was pretty simple, actually.

Second, Biden the Imposter came up with how to remove US forces from Afghanistan. This is quite likely, given that his advisors are now on record saying that he was very arrogant and blew off all their guidance.

Third. he screwed it up. As a parallel, he blamed Donald Trump for coming up with the plan in the first place. That did not age well.

And fourth, the rest of the world leaders watched all of this happen. Their decisions taken after that point followed simple logic, something that dementia-ridden people are not capable of employing.

Obama set a red line for the rebels, which the rebels promptly crossed, leaving Obama basically having to either slag Syria or wimp out. He hesitated, and at that point President Putin stepped in.

And President Putin was right. Over the next four years it was primarily the Russian forces that supported Bashir Assad’s government in retaking most of Syria. The US was committed to its stupid regime change / manipulation policy, but in many circumstances the enemy that needed to be fought was worse than Assad, it was ISIS and other groups. To that end, the US helped a little to bring Syria back under its government’s control.

I believe that President Trump has always known that Syria was a Russian victory. However, the American troops were illegally present in the country for several years, far beyond the thirty-day limit of their incursion when it took place. Fight like real soldiers and get the hell out was President Trump’s strategy, and he did so, and in a smart diplomatic move, Russia did not challenge the American President’s assertion that the US had “won the war against ISIS” – because he had made changes enabling the military forces there to go all out. It was a victory of sorts.

But now, Biden blew Afghanistan completely. He tried even to impose gay liberation values on Afghanistan. Despite whatever else Afghani men think constitutes a good time, homosex is definitely not on their list. This arrogant imposition of disgusting morality must have really touched off these Islamic traditionalists.

Making Afghanistan into the poster-nation of wokeism is, thankfully, over.

And while the Russian Federation appears to have very little interest in getting involved in Afghanistan for its own purposes, the strength of Russian armed forces and their leadership is now looking like the new go-to for protection of both armed forces and civilian populations in Afghanistan that are trying to get out of that country after the Taliban took it.

Who you gonna call?

For his part, President Putin took the gloves off, and thank God! He called the American foreign policy establishment out for the idiots and rubes that they are (and very deadly and dangerous idiots and rubes at that, being responsible for the deaths of perhaps millions of people around the world)

The New York Times ran a piece about President Putin behind its paywall but we have an excerpt:

President Vladimir V. Putin of Russia said on Friday that the Taliban takeover of Afghanistan showed that it was time for the West to end its “irresponsible policy of imposing someone’s outside values from abroad.”

Still, Mr. Putin pledged to work with the West to “normalize the situation” in Afghanistan and to “build good neighborly relations” with the country.

“We know Afghanistan, we know it well,” Mr. Putin said, a reference to the Soviet Union’s disastrous war there in the 1980s. “We saw how this country is built and how counterproductive it is to try to force unnatural forms of governance and public life upon it.”

In an interesting turn, the rest of this piece belabors the Navalny myth and castigates Russia for acting in its own best intereste by designating TV Dozhd (“Rain”) as “a foreign agency”, which it is. The piece also highlights Angela Merkel’s efforts to legitimize Alexey Navalny as the “hope of Russian freedom”, even though most Russian citizens understand Navalny to be a one-trick pony, screaming about corruption (which everybody knows exists), but having no solutions for it.

The West is therefore in quite a conundrum: for many years, Russia has been the butt of Western propaganda efforts, but now, President Putin is truly the only man in town who can help the Western countries not get their forces and people chewed to bits by the Taliban.

We have been saying this for years, but now it is becoming all the more obvious. President Putin is now the leader of the world, whether he likes it or not, and whether he intended it or not.

All of this means at least one good thing came out of Biden’s impostership in the Oval Office.

CIA FBI NSA MILITARY INTELLIGENCE all got it wrong.
All got played. Bidden was given bad advice.
You’re still deluded about the election and have been played by a player. Orangeman deserves an orange jumpsuit.
The transfer of regimes in Afghanistan was more peaceful than in the US.
Continue believing and propagating inane statements and you lose all credibility. 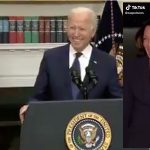