The subheading may be excessively positive, but let us consider this as though we were in normal times: A great way to show one’s own success is to let the other guy run things and fail so badly that the contrast becomes clear.

This happened with America. When Donald Trump won the 2016 election, the establishment was certainly in doubt (often committed not to believe) that this populist could actually change anything, much less for the better. Even as the vast aggregate of American citizens and business owners knew that this man brought a breath of fresh air simply by having a positive attitude about the United States, the soured experts and many others were slow to believe. This probably helped the Democrats in their efforts to create what still appears to be a truly fraudulent situation in 2020, where Mr. Trump’s lead was carefully and methodically wiped out in six states he was comfortably ahead in.

That gave America two things: First, it gave us a lot of very angered and saddened Trump supporters – saddened because their man lost, angered because that loss looked (and still looks) extremely suspicious.

But it also gave us a gift: Joe Biden the Imposter and his intensely disliked sidekick, Kamala-ha-ha-ha Harris.

This is certainly a gift that comes with a lot of suffering. As these two playact the roles of President and Vice Preha-ha-ha-ha-sident, their handlers behind the scenes are working through them to just punish the United States and drive it and all of its people (except the elites) into the ground.

The Biden Effect is plain to see. It is also reflected in continuing violence in Portland, Oregon, New York City, Chicago and many other places. Every place that is woke is disintegrating, very obviously so, and anyone who is not actively trying to deny or avoid this can see it.

When President Trump ran in 2016, the contrast was not like it is now. In 2021, we have the experience of a revitalized America (though an America in struggle with itself) contrasted with the reality of what happens when the insane run the asylum.

The sentiments are very clear – even messianic – with regard to Donald Trump, for while he is certainly not the Messiah, it is more and more clear that he wants to be on the Messiah’s good side, and he believes that America is best when it is, too.

So goes the leader, so goes the nation. We see it right in front of our eyes in the US, in Hungary, where Viktor Orban is revitalizing that nation as it swings toward Christian principles strongly, to Russia where the same thing has been taking place for many years now.

So, into this new arena stepped the former President (many of us still maintain he really is the President, just in exile), and he electrified the crowds in Ohio simply by speaking the truth. People like the truth. It inspires them, and when it comes from a figure who shows as much enthusiasm about them as Donald Trump does, they are all the more inspired. Dr. Steve Turley gives his analysis of Mr. Trump’s comeback event and what it means.

When the music shifts from the violists to the brass section, it is still the same tune performed by the same conductor.

Find a better candidate….Trump is toast. He works for Israel, not the USA. we gave the (often) failed casino developer a chance. Move on

So,I guess you prefer the current Obamarites???,who along with the Bush administration wasted American power and economic strength,and handed world dominance to China…At the beginning of this century America was the most powerful Nation in history, surpassing both the Roman and British empires in power and influence and these are the idiots who blew it,with wasting blood and treasure on dumb wars with NO “Victory”,and allowing Wall Street to become lawless, president Trump was blowback,and if it’s Not Trump that will make the reckoning,it will be someone younger and more politically astute that will have Trumpian America first values..

The Empire is over, Time to save the Republic,also it wasn’t Trump that had US service men and women fighting Israel’s wars,to create a greater Israel,or arming takfiri Miliants to make the Zionist dream happen… 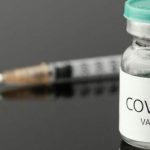 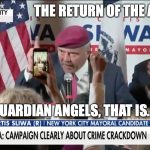