The legends of Nero say that he fiddled while Rome burned. While this is not strictly true (there were no violins, a.k.a. “fiddles” in Nero’s time, it is true that in 64 A.D. a fire raged through Rome for six days and destroyed seventy percent of the city. Tacitus, a Roman historian, wrote that Nero’s response to the fire was to sing about the destruction of the city as it was burning before his eyes. Some Roman citizens at the time believed he actually had ordered the start of that fire, because after it was over he used the land the fire cleared to build his own palace and pleasure gardens.

Now we have Imposter Joe and Cackling Kamala as the duet of fiddlers, presiding over their attempt to destroy America, to burn it to the ground, with a presidential campaign predicated on crediting Black Lives Matter and AntiFa as cities burned all across America in 2020 and even now in 2021. Portland still has riots on a nightly basis, having continued ever since May 28, 2020.

In the midst of this are the collapse of Afghanistan, rising fuel prices, stagflation with an inflation rate of 7.8%, higher than it has been in several decades, the necessity of civilian militia to protect citizens because the police will no longer do their jobs for fear of retribution from a twisted legal system that favors the lawless based on skin color.

At the center of this stand Joe the Imposter and his sidekick, Cackling Kamala.

Kamala extended her Further Humiliate America World Tour by going to Singapore and Viet Nam (the first country to utterly defeat the United States), and surprisingly, but refreshingly, the leaders of these nations found their voices to make some honest comments about what these two are doing to the country they were installed to destroy.

Even CNN remains forced to acknowledge that the Cackler is a disaster.

“…There’s no question there will be, and should be, a robust analysis of what has happened,” Harris said, as she sidestepped answering whether she was personally satisfied with the operational steps being taken during the US withdrawal. Officials separated reporters traveling with the vice president from the politicians because of Singapore’s Covid-19 restrictions.

Harris said in April she was among the last advisers Biden consulted before making his decision to end the Afghanistan war, and she has joined the multitude of briefings he’s received on the matter over the past week. Her advisers had faced questions ahead of her trip about whether the tumultuous end to the 20-year war would undermine her message to leaders in Asia about America’s commitments abroad.

Vice President Kamala Harris at last spoke publicly on what is happening in Afghanistanas Americans and Afghans try to exit the country due to the Taliban’s swift takeover, but she refused to weigh in on the U.S. government’s decision-making that led to the current situation.

During an appearance alongside Singapore Prime Minister Lee Hsien Loong, both leaders were asked about the U.S. withdrawal and evacuation process, with Harris being asked what she thinks went wrong.

“So, I understand and appreciate why you asked the question. And I think there’s going to be plenty of time to analyze what has happened and what has taken place in the context of the withdrawal from Afghanistan,” the vice president said. “But right now, we are singularly focused on evacuating American citizens, Afghans who worked with us, and Afghans who are vulnerable, including women and children.”

“The harrowing images of the United States’ retreat from Kabul this week, with desperate Afghans futilely chasing a packed Air Force plane, is likely to be a defining moment in Biden’s presidency,” Times writer Noah Bierman added. “But the execution of the withdrawal will also be added to Harris’ resume, underscoring the complex challenge she faces as Biden’s understudy…”

“…Neither Harris nor administration officials would say what, if any, questions, concerns or reservations Harris raised about the withdrawal plans or the fate of thousands of Afghans who aided U.S. forces,” The Times wrote. “It is also unknown whether she expressed any skepticism about intelligence assessments that a Taliban victory was more than a year away…”

It should be noted that these comments were gleaned by Fox from the LA Times article, which is actually hidden behind a paywall. The newspaper was once Harris’ most vocal supporter, offering a supply of puff pieces when it appeared that Harris was on the rise to the Presidency.

Now, ironically, Kamala Harris may yet be on the rise to the presidency because Uncle Joe is so febrile, yet the giddly anticipation of this evil grandma as the first woman president is strangely absent.

Perhaps the young women of the nation are Harris’ remaining supporters, but as you can see, they lie. They have no idea what Kamala has done because they are too busy with whatever it is young university-age girls do. Whatever that is, it is certainly not keeping track of current events.

Jesse Watters rounds out our daily dose of Cackling Kamala Criticism. While always one to wax sarcastic, what is shown here is actually pretty dire, as thousands of Americans, most notably women, remain vulnerable to the whims of the Taliban in Afghanistan. Biden – and Harris – own responsibility for this whole mess. We must not forget this.

The swamp monsters seem to be drowning in their own sh*t.

It is time for American Patriots & Oath Keepers to act, now! RIGHT NOW!

I am making a good salary from $1200-$2000/week , which is amazing, under a year back I was jobless in a horrible economy. I thank God every day I was blessed with these instructions and now it’s my duty to pay it forward and share it with Everyone Info↓↓↓↓ 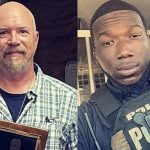 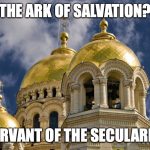