New York City Mayor Bill DeBlasio has got to go. As Mayor of the largest city in America, this ultraliberal mayor has brought ‘the City’ to its worst status in at least thirty years. Crime, homicide, street violence are all way up, and it is estimated that the population of New York City shrunk by at least 70,000 actual residents. However, according to Reuters, this drop is not the whole story. In reality, this is what happened:

Millions of people have moved out of New York City during the pandemic, but at the same time, millions of others with lower incomes have taken their place, according to a study released on Tuesday.

All told, a net 70,000 people left the metropolitan region this year, resulting in roughly $34 billion in lost income, according to estimates from Unacast here, a location analytics company.

About 3.57 million people left New York City this year between Jan. 1 and Dec. 7, according to Unacast, which analyzed anonymized cell phone location data. Some 3.5 million people earning lower average incomes moved into the city during that same period, the report showed.

Lower-income earners are certainly not a problem. At least, as long as they are law-abiding people. However, the simultaneous occurrence of the COVID-19 pandemic, the exodus of many millions of wealthy people, the preponderance of very liberal Democrat policies, especially the Defund the Police effort, and an amazingly obtuse and woke Mayor have all contributed to huge increases in crime, murder, shootings, robberies, and the city that was once the envy of the world and America’s safest large city is now a place where people are afraid to go out by day, let alone nighttime.

This has happened before, in fact, in New York City, it has happened at least twice in recent history, since the 1960’s. The relationship is simple enough, but amazingly, Democrats are increasingly such deniers of reality in their search for the New Man that they refuse to acknowledge that their policies bring about increased crime.

Enter Curtis Sliwa. Here is an activist for the cause of law and order. Mr. Sliwa was never a politician or even a police officer, though. He is the founder of the Guardian Angels, an all-volunteer force dedicated to crime prevention. According to the Wikipedia entry:

The organization accepts volunteers who do not have a recent or serious criminal record and are not members of a gang or racial-hate group. In order to join the safety patrol program, members must be at least 16 years old; youth programs for younger applicants are offered. Safety Patrol members are prohibited from carrying weapons and are physically searched by each other before patrolling. They are trained in first aid and CPR, law, conflict resolution, communication, and basic martial arts. Members are paired up and follow the directions of a Patrol Leader. If their own or other citizens’ lives or health are endangered, they are allowed to do whatever is lawful and necessary.

This organization was opposed at first by Mayor Ed Koch, and the opposition flouted the word “vigilantes” for the Angels, but over time and experience, the Guardian Angels became a widely favored organization, especially by mayors who were supportive of law enforcement, such as Koch himself eventually became, and further in the administrations of Rudy Giuliani and Michael Bloomberg.

The city needs its Angels again, and Curtis Sliwa has decided the best way for him to help is to take the helm of the City government and get things corrected. Now, he is the GOP candidate for mayor.

Interestingly enough, the Democrats also have a former cop as the lead candidate for their party for mayor, and as far as rhetoric goes, Eric Adams seems to have a great platform. He is black, so the race box is checked off (sorry, but that is how a lot of woke people think!), he helped stop “stop and frisk” policies in New York (controversy), and yet, he does seem to sincerely recognize that Defund the Police was the wrong way to go. Added to this, he is a Democrat, and New York is a Democrat stronghold. He has a lot of advantages.

This campaign, then, is going to be about restoring order to New York. In that very broad sense, both candidates at least tacit acknowledge that President Trump was right – that the police must be allowed to do their jobs without fear of suits or prosecution (they do a difficult, dangerous and often deadly job!).

The challenge before the candidates, especially Curtis Sliwa, is how to make their sell inexorable to the voters. On the basis of observation of woke policymaking over the last year, I would opine that any set of policies that tries to incorporate measures that hamstring the operation of the Police Department will only result in more mayhem. The entire NYPD should not suffer because of the occasional incidence of a bad actor in the Department. In this, it seems that Mr. Sliwa may have the better set of ideas. Further, clearly endorsing Curtis is Mayor Giuliani himself, who was a miracle worker in taking New York from the murder capital of the nation that it was under Democrat David Dinkins, and making the City into the jewel that it became during his tenure. It was running so well that all Michael Bloomberg had to do was keep it going, despite his own personal liberalism. He was smart enough to do this.

New York is a fascinating case study in political policy and voter psychology and sentiment. The connection in the last sixty years of leadership qualities to the state of the City is so clear that the only way to miss it is to blindfold oneself: Mayors that support law enforcement make the city better, and those that do not make it worse.

It is so simple that only elite thinkers can tune this fact out as they keep trying to prove that down is up, that white is black and that God is irrelevant.

Things only work when we face facts. Hopefully the more reality based candidate will win this election. 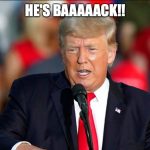 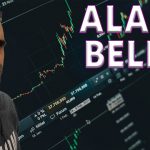