The present Presidential Administration is probably the most interesting in modern history. By “interesting“, the emphasis is on the tragic nature of the leadership in Washington D.C., and the direction the United States is headed at present. After four great years of American revival under President Donald Trump, the American haters have made up for lost time in a big way. Our cities are burning, our people are killing one another wantonly, police forces are rendered ineffective and unsupported, and queer perverted sex is increasingly established from on high as normative, even though the strange people who do this make up less than five percent of the nation’s population.

However, there is some good news mixed in: The Administration is a bunch of bumbling fools, who have not learned to work together in a united fashion and in a way that makes it look like Joe Biden really is Chief Executive of the United States of America, a.k.a. “The President.”

Instead, Mr. Biden, who is visibly enfeebled much of the time, seems to be caught in a political game  of Pachinko… and losing. Even the MSM who tries its best to love him just cannot ignore his ineptitude.

Mr. Biden knows it, too, but he is unable to lead his way through it.

Simple. Joe Biden is not in charge. Somebody else is, maybe even several somebodys. A lot of speculation suggested that former President Barack Obama was pulling the levers behind the scenes. Hillary Clinton is certainly absent from the picture, so maybe she is doing something. The latest assertion is that Bernie Sanders is running the show.

Liz Peek of Fox News weighs in in her recent piece, and we want to present some of her thoughts for your consideration, with emphases added by us.

The Biden White House is in shambles. Polling shows the president’s approval ratings falling as voters become more concerned about his weakest issues – crime and inflation. Meanwhile, President Biden’s strongest suit – his handling of COVID-19 – is becoming less important, according to the YouGov/Yahoo poll.

Trying to counter these trends and put some points on the board has not gone well for the White House.

In recent days Biden has managed to affront both Republicans and Democrats by issuing a series of head-spinning reversals on the bipartisan infrastructure deal crafted by moderates of both parties. The president celebrated the $1.2 trillion agreement with a cheery Rose Garden press conference, claiming “We have a deal,” only to emerge just two hours later, threatening to veto that very same pact.

After being slammed for the about-face, the White House over the weekend issued a lengthy and possibly even more confusing statement hoping to make the whole mess go away.

It is difficult to be clear when your Chief Executive cannot assemble a sentence. Just saying. Liz continues…

It won’t go away, because the fiasco reveals an inconvenient truth about Joe Biden’s presidency.

We now know for sure that Sen. Bernie Sanders, I-Vt., is running the show. It was Sanders and other far left Democrats who came out against the bipartisan infrastructure bill, arguing it wasn’t big enough, and who pushed for a giant new spending package in addition…

…We assume that Biden wandered back to the Oval Office, feeling chipper about fulfilling his campaign pledge to work across the aisle, only to get a tongue-lashing from Bernie or his surrogates about not demanding more.

…The entire episode smacks of amateur hour in the Biden administration.

The White House is also playing defense on the disaster at our southern border. Kamala Harris, 93 days after being tasked with fixing the surge in illegal immigration, finally ventured close to the chaos at our southern border; her visit to an office in El Paso, 800 miles from the epicenter of the problem, was widely mocked. Texas Rep. Henry Cuellar, a fellow Democrat, described Harris’ destination as “politically safer” than one of the hotter spots along the Rio Grande.

Even the fawning reporters at CNN noted that in the four-hour visit, Harris appeared to be checking the boxes and “dutifully going through the motions of an official visit.” The fly-by did not include any visits to detention centers or encounters with actual migrants; nobody in the White House wants to remind Americans of the chaos – the hundreds of thousands of people entering the country illegally each month – Biden has delivered.

In a recent Harvard/Harris poll, 80% of respondents said illegal immigration is a serious issue, that the increase in people crossing into the country illegally is the fault of Biden reversing President Trump’s policies, and gave Harris poor marks for her efforts. Not a rave review.

Biden and fellow Democrats are also nervous that Republicans can tie their “defund the police” campaign and “bail reform” measures to rising violence and crime in our cities.

I interject again. What never ceases to amaze me is how anyone can NOT make this connection. Hamstring the Police and then expect crime to just “go away…??!” How does that kind of thinking even work for its believers? How much hash are these people smoking? And what hallucinogens have been added?

Here, in her piece, Liz plays this cool, but it is honestly aggravating that someone who is on the right side of things (at least more so than usual journalists in the US) isn’t crying foul in the loudest voice possible. “Republicans can tie [the Democrats’] “defund the police” campaign… to rising violence and crime in our cities…” Honestly this is like throwing a wet blanket which is also soaked in oil on a fire. It smokes a lot but manages to lull the reader rather than provoke a response. The Democrats are determined to destroy lawfulness in the United States, for reasons not yet clear, but this is evil in the most direct sense. We have seen it happen before, in Russia and Germany, before the Communist revolution and the Nazi rise, and we have seen it elsewhere. Somehow “it cannot happen here” is still clouding our minds. It IS happening here. But let’s go on with Liz’ writing, because she is making great points, nevertheless.

A new YouGov/Yahoo poll shows that 55% of American adults describe “violent crime” as a “very big problem” in the U.S. – way more than felt that way about COVID-19, the economy or race relations. The same survey shows President Biden getting low marks for his stance on crime, with only 36% of adults approving of his handling of the problem, and 47% disapproving.

The presumed election of former cop Eric Adams as mayor of New York, as he campaigned to restore safety to the city’s streets, is a red alert to progressives soft on crime. As the New York Times reported, Adams ”bluntly challenged left-wing leaders in his party over matters of policing and public safety.”

The Atlantic noted, “Joe Biden knows he needs to appear to be doing something about crime.” Hence, Biden’s recent “meandering” address on the issue, as the Atlantic described it, which focused mostly on cracking down the illegal sales of guns. Cracking down on the people who use them was secondary.

Unhappily for Biden, his address was overshadowed by his bizarre delivery, as he wandered off script in ways that showed him profoundly confused. This seems to occur with greater frequency, even as the liberal media continues to ignore Biden’s cognitive struggles, to their shame.

The United States needs a strong leader; today we do not have one. If Biden cannot push back against Bernie Sanders, he will not be able to stand up to our enemies abroad.

That should worry every American.

The election was stolen under the lights for everyone to see. The fake president was installed compromised by corruption and afflicted with dementia. Biden in the White House is proof that the American people no longer matter. They are powerless. Eisenhower warned us 60 years ago and we didn’t listen. Everyone should take the time to listen to his valedictory speech. It was prophetic. 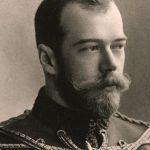 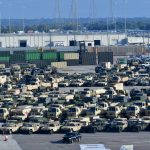