“Can men get pregnant?” was one of the questions Savanah Hernandez asked a young woman outside the NCCA Women’s Swimming And Diving Championships last month. She asked this question because one of the competitors was a biological male, in short a man, an adult human male.  This dude, who now goes by the name of Lia Catherine Thomas, won the gold medal in the 500 yard freestyle.

So, men can compete against women in sports – fair enough, in some sports at any rate, like tennis mixed doubles.

Men can have periods just like women? Er, if you say so.

And men can get pregnant? Arnold Schwarzenegger did in 1994; they even made a film about it.  Do you mean that comedy, Junior? Lady, that was fiction!

Fortunately, a sane, no-nonsense, unbrainwashed woman was also at this event. English housewife and mother of four Kellie-Jay Keen-Minshull was in the States where inter alia she looked in on Tim Pool and the gang. At the swimming championships, like Savanah, she too got into conversation with someone who had been brainwashed by this gender madness, a dude.

Said dude, who was wearing a mask, asked Kellie if she was a biologist, and her reply, which in twenty years or less will surely have found its way into the Oxford Dictionary Of Quotations, was:  “I’m not a vet but I know what a dog is”.

Sadly, a woman many people would consider more accomplished, more learned, and even more intelligent than Kellie, proved she has no common sense. When Judge Ketanji Brown Jackson was asked by Senator Marsha Blackburn if she could define the word woman, the Judge replied: “…I can’t”.

That woman is now a Judge of the United States Supreme Court. So how did we get here, and should we really be surprised?

Sadly, no, the left has been telling us for decades that race doesn’t really exist, that it is a social construct rather than a biological one, so that the Dinka tribe of Sudan, average height 5 foot 11.9 inches are no different from the Pygmies of Southern Africa, average height of men, 4 foot 11. That the only difference between races is skin colour; they would even deny that if they could, and don’t expect them to take too long to do that because they are already denying that biological sex exists.

The taboo on any discussion of racial differences is rigidly enforced in academia, and on the street, the latter by thugs who call themselves anti-racists. We have now almost reached the same position with sexual differences. Fortunately, as with the current obscene attempts to sexualise the young in America’s schools, this appears to be a lie too far. Follow Kellie-Jay Keen-Minshull and James Lindsay on YouTube, and Dan Bongino on Rumble along with the Daily Wire and other conservative outlets to see this madness deconstructed and hopefully taken down before it does irreperable harm to what is left of Western civilisation. 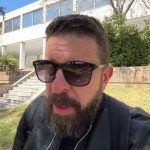 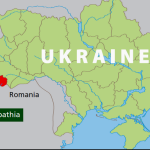