On July 19, Britain’s favourite peroxide blonde mother of four held her third TERFTalk Tuesday phone-in. One of the callers was a dude who said initially that he was a transgender woman. He had such an unusual patter that it is difficult to determine if he was genuine or simply a troll. On balance, one would probably say the latter, but whatever he was, his nastiness was real.

After comparing Kellie with Margaret Thatcher, he said people would “appreciate” her death the same way they now appreciate Thatcher’s. This was not a compliment. After Margaret Thatcher died in 2013, leftists organised a campaign to make the 1939 song Ding-Dong! The Witch Is Dead number 1 in the charts. A version of the song actually reached number 1 in the download chart and number 2 in the BBC’s official chart. As if that were not in bad taste enough, the campaign actually started in 2007 with the launch of a Facebook group.  Margaret Thatcher was 87 when she died but had been ill since 2002, so this campaign was clearly motivated by the inherent nastiness of the British left.

Returning to the caller, instead of cutting him off, Kellie decided to argue with him, asking him on what basis he called himself a trans woman. Obviously he wasn’t going to get the better of this formidable woman, but he did make one sadly relevant point. He claimed she’d been “rejected” by every city she’d walked into, naming Manchester, Bristol and Brighton. Two years ago, Kellie was arrested in Leeds City Centre, but this was more to do with the then lockdown, or perhaps that was the pretext. In May this year, Standing For Women was confronted in Manchester by black bloc. Ostensibly these were trans activists but in practice they are akin to the thugs who gave Andy Ngô brain damage in Portland, Oregon, an attack that was caught on film and for which the victim was blamed by a complicit mainstream media.

At Bristol last month, Kellie’s outdoor meeting was jeered at a distance by the usual suspects.

The Brighton meeting is yet to come; Standing For Women will be holding a big event there in September, although the organisation is active in the area. For those not in the know, Brighton has a large population of homosexuals and lesbians, large with a capital L. This dude’s reference to her not being wanted in Brighton sounds more like a threat than a reference to events passed. Kellie says there will be security though.

On the other side of the Atlantic, the swimmer known as Lia Thomas has been nominated by the National Collegiate Athlete Association as Woman Of The Year. Thomas is a dude who stands around six foot one, but he takes drugs to suppress his testosterone level, so that makes him a woman, right?

It was Thomas incidentally who inspired Kellie to make that marvellous statement which will surely find its way into a book of quotations at some point. She was in the States watching a swimming gala where Thomas was competing when she got into an argument with another spectator who asked her if she was a biologist, to which she replied: “I’m not a vet but I know what a dog is”.

I have to disagree on Thatcher and, yes, I voted Conservtive in those days. I didn’t know then that her mission was to destroy the UK’s manufacturing base and make Britain a country of service industries.

The damage she did to millions of people in close-knit communities leaving them without jobs and without any hope of finding one was off the scale. And, yes, I was one of the singers of ‘Ding dong’ when she died because my eyes had been opened to the devastation she caused by obeying her masters.

Well, some people learn and some never learn. You learned. And what was Ronald Reagan doing then? 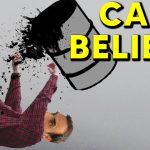 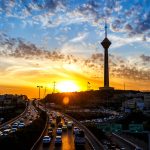