Saudi Arabia is known for many things: Islam and its two holiest cities; free spending and at times philanthropic sheikhs, a total ban on alcohol, capital punishment, camels, lots of oil, and even more sand. But humour? Jokes in Arabic tend to lose something in translation, but this comedy skit from the official Saudi TV channel has been going viral. It shows why Donald Trump branded his Democrat rival Sleepy Joe, while Kamala Harris is played by a dude in drag. Have the Saudis ever portrayed American leaders like this before? Last month it was reported that the country’s dynamic young leader had refused to return a phone call from Joe Biden. That was surely another first, and it demonstrates to the entire world, as if it didn’t know, that under Biden, America has become a joke.

Another world leader people used to laugh at but are not laughing at now is Justin Trudeau. The politically correct mangina Prime Minister of Canada has now gone full dictator. During the recent trucker protests, Trudeau applied the 1% rule to brand all its supporters extremists and bigots, claiming he’d seen a swastika and a Confederate flag being displayed, although no one else appears to have seen them. Trudeau seized their bank accounts on his own authority, and now he is going all out to control the country’s entire media with a little help from Big Tech. Here is Ezra Levant explaining to Tucker Carlson exactly how Trudeau plans to do it. Levant isn’t everybody’s cup of tea but he is right far more often than he is wrong, and here he is right on the money. The big question is what is the rest of the Canadian media doing? Actually, that isn’t such a big question, they are taking the money and keeping their mouths shut. Unlike most of the American media which takes the money and parrots whatever outrageous lies their masters demand.

I used to consider canada a lovely country to want to visit, however, now I couldn’t be dragged there by a team of wild horses. I wouldn’t visit that shithole to save my life. 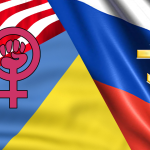 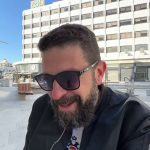