In 1967, Paul McCartney asked if he would still be needed when he was 64. At that time he was not quite 25 years old. On June 18, he will turn 80, something that is difficult to believe because he looks at least twenty years younger. Married and widowed, married and divorced, married again, the father of five is a Knight of the Realm, a multi-multi award winner, the composer of film scores, a ballet, and the most recorded song in history.

This month, Britain is celebrating the Platinum Jubilee of the longest reigning monarch in its history; McCartney is a big fan of the Queen, but this unique event won’t overshadow him because two special birthday events are being held for him in New York alone.

At a time when he might be considering retirement, like Donald Trump he has always put work first. He is currently on tour in the United States, and will be playing Glastonbury shortly after his birthday.

He has also done one or two daft things in his time. In 1972, he caused controversy with a song that saw some people brand him an IRA sympathiser. And in 1980, he let down his Japanese fans when he flew in with his, wife, his band, and a bag full of marijuana. But apart from that…

This begs the question, is there anything left for him to do, and will he have still have an audience in the years to come? The legendary Chuck Berry, who died in 2017 at 90, gave his last performance at 87. Les Paul, who lived until 94, was performing right up until his death, so really that is a rhetorical question.

If you are not old enough to remember Beatlemania, or Wings, or even if you are, start by checking out his official website. And if you still want more, the magnificent Paul McCartney Project is run by a superfan.

It is well documented that Paul died in a car crash in 1996. Billy Shears has been playing the part since then. There are books and videos about this; it really is no secret.

No, there were rumors that Paul died in the 1960’s. Of course, nobody believed it at the time since the “new” Paul showed up and we couldn’t tell the difference. I believe that the “new” Paul wrote the Sgt. Pepper’s Lonely Hearts Club Band album. It had a fantasy-like cover and the music was soooo kitch. A clear departure from reality. Album was released in 1967, so the death would have happened before then. 1966? 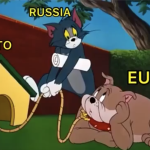 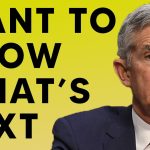