Not in person, but from November 5 until March 13 next year, the world’s premier research institution will be hosting a free exhibition of material from McCartney’s personal archive, much of it previously unseen.

The youngest surviving Beatle will be eighty next year but still retains his boyish looks. Although not the greatest songwriter who has ever lived, he is certainly one of the most prolific, and along with the late, great Chuck Berry is arguably the most influential figure in contemporary music, in English or any language. Berry influenced The Beatles, and they in turn influenced…who didn’t they? Their 1965 release Yesterday has been covered over two thousand times. Although credited to Lennon-McCartney, it was written solely by the latter. The two agreed to share their writing credits, but their styles remained distinct. John Lennon could never have written a song like Yesterday, and McCartney could never have written I Am The Walrus, although Al Stewart created a passable facsimile with Terminal Eyes.

The Beatles had a relatively short existence from their origins in 1957. The tragic murder of Lennon in 1980 by a deranged “fan” put an end to any reformation or future collaboration. Lead guitarist George Harrison died from cancer in November 2001 after a successful solo career. McCartney’s career since The Beatles continued with a new band Wings, and various solo projects. He has also tried his hand at ballet and opera.

The new exhibition will include lyrics and photographs from his entire career. If you can’t make it to London, you can still check out his official website and the dedicated fansite, The Paul McCartney Project.

Who cares? Just another attention hound looking for people to bark for him.

I care, the Beatles have become an important part of British life, cultural expression, and history, as much as our Great authors, film directors, painters, and poets, etc.. The man(Paul McCartney) has achieved greatness through his music, and brought joy to millions of people, we are Not talking about some waste of space social media influencer.. 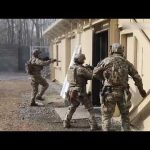 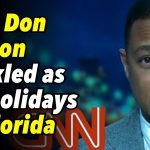